Tim, Timothy, and I drove down to DBNF back in mid-July for a camping and biking trip.  It was intended to be three days of riding, starting on Friday the 18th, but the riding was much tougher than we planned for, so we rode two days.  We still camped for two nights.

Yes, I’m behind on writing here.  More about that later.

I’ll admit to being nervous about the trip.  We were going to be in a very rural, rugged area.  My neck was flaring up.  My Achilles was still healing.  Damn it!  I needed a ride!

My new GPS totally failed me.  It refused to show our course on the map.  Timothy had forgotten to load the course on his.  Luckily, Tim had no issues with his.

On the GPS track above.  See the little wiggle off to the east?  That was our “Big Sinking Creek” loop.  It was an off-road adventure that turned out to be much more than we bargained for.  It was beautiful and rugged, but mostly unrideable. 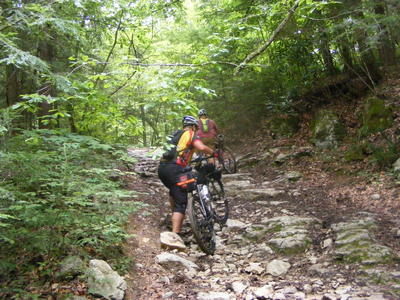 Sure, we can ride thatThe scenery was worthwhile.

It’s called Big Sinking Creek because the creek is partially below ground.  I assume it disappears and reappears seasonally.  We had plenty of opportunity to ride and walk through it.

The rest of the ride was low-traffic, mostly-unpaved roads.  It was quite pleasant.

We finished the day tired and went to Red River Rockhouse for dinner before heading back to camp.  I slept like a log.  Tim’s write-up on Friday is here.

If Friday’s word was “Hiking”, then Saturday’s was “Mud”.

It rained overnight.  I slept through the worst of it.  Getting out of the tent was a damp experience.

Most of the rain had passed.  It continued to sprinkle occasionally, and the mist was constant.

After coffee & breakfast at camp we drove to Heidelberg for a nice parking spot along the Kentucky River.

The goal for the day was to ride to Turkeyfoot campground and cook our own lunch.  We were each carrying small stoves and a little food.

The ride started out on paved roads, then a nice gravel road, then a turn onto a rutted, muddy, mess.  Timothy managed to go over his bars at some point, but he was unhurt.

Happiness is a muddy GPS.

We eventually make it to Turkeyfoot.  It’s a very pleasant campground.  It has no fresh water supply, but we brought our own.

Turkeyfoot is alongside a creek.  The picnic area is near the creek.  This made it quite handy to climb in the water and rinse off the mud.  I didn’t even think about snakes until I was already in the water, but I never did see one.

The Esbit stoves did a good job of boiling water for my simple meal of macaroni & cheese with tuna.  After eating and relaxing we still had to get back to the car.

We took a different route back that wasn’t as rugged.  There was still a mud-pit road, but it was not rutted.  It was completely rideable.  It would have been enjoyable had I not been so exhausted and sore.

That was not to last as we hit another rocky, rutted, rough stretch and we walked again.

Once things flattened out and we were along a creek again, I wanted to sprint to the car.  I didn’t have a sprint left in me.  I was done.  We all were dragging back to the car.

Tim and I discussed not riding on Sunday.  We discussed leaving soon.  It was eventually decided we’d go ahead and camp Saturday night, and head out in the morning.

We had a simple meal at camp.  I slept soundly again.

My bike was a mess.  It wouldn’t shift right.  The brake pads were toast.

I was a mess.  I’d had several instances this year where I hate the Fargo.  I put it up for sale once, then pulled it back down.  I was considering selling it again.  It physically hurts me to ride it.

Many tough rides can be hard at the time.  I’ve cried during rides before.  I usually enjoy the rides much more in retrospect.  Initially, I was having a hard time with this ride, even in retrospect.  I’ve gained weight.  The bike hurts my neck.  I love these kind of adventures and the recumbent won’t work for this type of riding.

Now, more than three months later, the ride was excellent, in retrospect.  I haven’t sold the Fargo.  I actually switched out the handlebars, brake levers, cables, shifters, rear derailleur, and cleaned up everything.  It’s a totally new bike.  I don’t know what it’ll be like on another awesome adventure like this, but so far I like it.

Diane and I had planned to camp on Saturday and Sunday night at Clifty Falls State Park in Indiana.  The weather Saturday wasn’t good, so we decided to limit it to Sunday.

This was a car-camping trip, not a bicycle trip.  I’m hoping Diane will be willing and able to do overnight bike trips next year.

When we arrived Sunday afternoon most of the campsites were quite soggy with flooded fire rings.  We found one that was reasonably dry (but still muddy) and set up the tent.

We then went for a hike on one of the trails.

Some of the trail was quite muddy and slippery.  I’m glad we both wore old shoes.  Diane slipped once and got a bit muddy, but didn’t hurt herself.

We cooked sausage over the campfire.  I warmed baked beans on my Esbit camp stove.  We had a small amount of beer and wine.

We stayed up late, but weren’t able to see any stars due to the overcast skies.  My new tent is a tad small for both of us, but it worked.  The single narrow air mattress was a problem, and we swapped places, one on the ground, one on the mattress, throughout the night.  We’ll buy another sleeping bag with air mattress in the future.  Then we can both be comfortable.  We’ll probably buy a bigger tent also.

I slept as I normally do while camping, poorly.  Overnight rain made some noise on the rain fly, but we stayed dry.  I was comfortable, but Diane said she was cold.

In the morning we re-started the fire for warmth and started coffee and oatmeal on the Esbit stoves.

The campground has showers and nice toilets.  We were able to shower and prepare for a day back in civilization.  We packed up and headed back to town.

Even without the bike this was a lot of fun.  We talked about bringing bikes to ride around the park, but this time we were hiking, and that would have been problematic with the bikes.

I had planned on a bike ride today, but my dogs were looking sad.  A trip to the park seemed to be the perfect remedy.  It gave me an alternate way to get exercise and a chance to take some pictures.

I went to Charlestown State Park, where I’ve been many times.  I usually hike on trail 2, the shortest and easiest.  Since I’m in better shape now, I hit trail 1.  It’s more rugged and 2.4 miles long.  I could have easily done it a second time, but the dogs were ready to go home.

This park used to part of the now-defunct Indiana Ammunition Plant.  Because of that, there are some weird ruins around.  Before the ammunition plant, much of the area was farmland.  So this is hardly “pristine forest”, but it’s still quite a nice area. 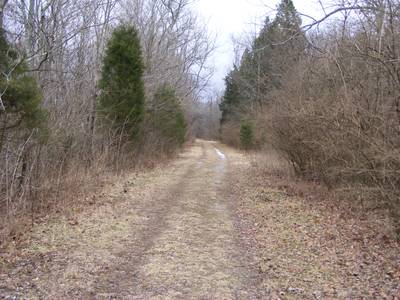 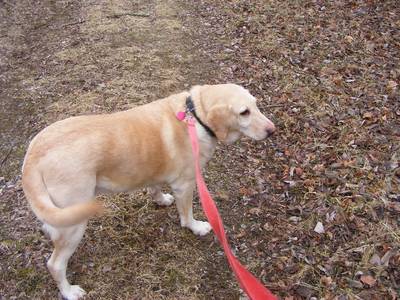 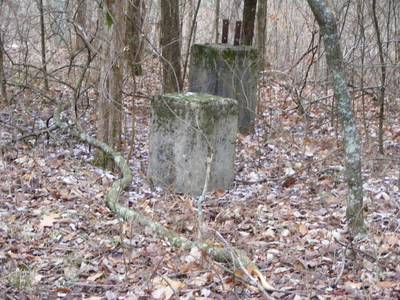 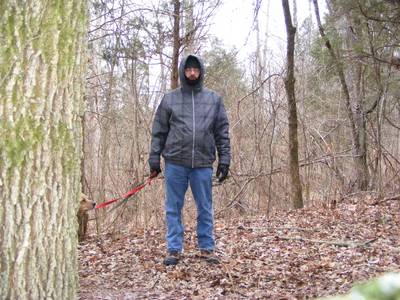 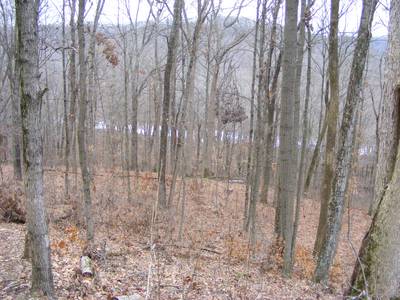 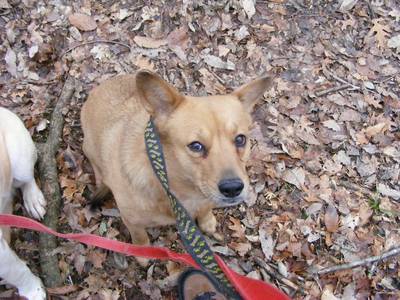 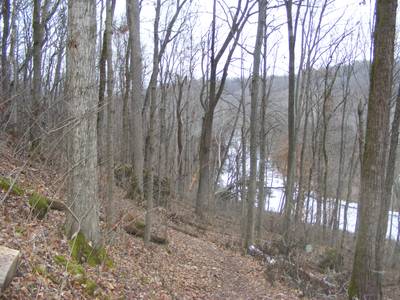 I love to ride my bike, but it’s usually a solitary thing, and I can’t take my dogs.

Today, my daughter and I went for a hike in the woods, and brought the dogs along.  We just got back from hiking the easiest trail at Charlestown State Park.  Maybe next time I can get my daughter on one of the longer trails.