As mentioned in my previous post, I did ride in Daniel Boone National Forest last Sunday.  Here it is, six days later, and I’m just now posting about it.

I rode to Tim’s place, and he drove us to Berea where we met up with Andy, who I rarely get to ride with.  We drove then to S-Tree campground, a great place to start a bike ride. 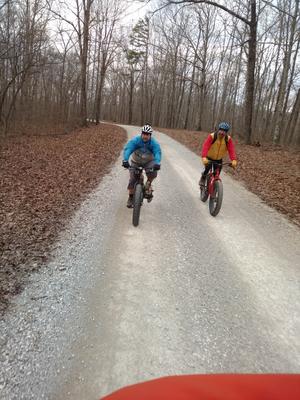 At the beginning it’s mostly easy gravel.  Tim and Andy were riding fat bikes.  I was on my Fargo with relatively skinny 2.2″ tires. 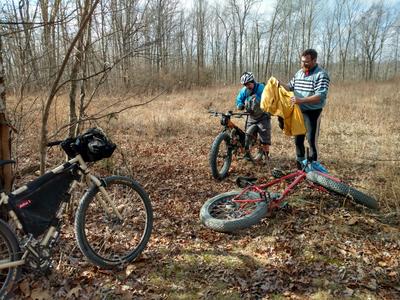 The weather was beautiful, if a bit warmer than planned for.  A clearing next to the road made for a nice place to adjust clothing. 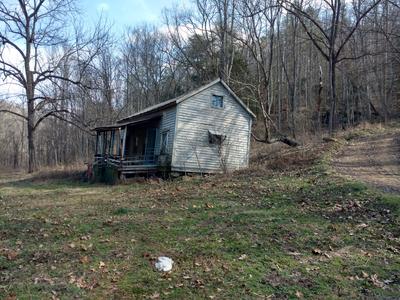 We eventually went downhill to this old abandoned house next to a creek.  I’ve ridden by this place several times. 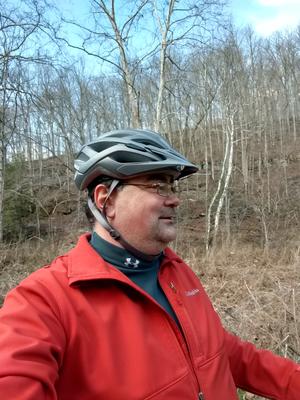 Although I didn’t get pictures, we had to cross the creek.  Due to the warm temperatures, I wasn’t too worried if I got a little wet.

After crossing with nothing more than one damp foot, I managed to do an endo at the edge of a puddle.  I was fine, if a bit muddy.

After continuing along the creek for a while, we needed to cross again.  I got much wetter this time.  Again, nobody thought to take pictures.

It really wasn’t a road anymore.  The path was rocky, rooty, and muddy.  It was a challenge, but also a lot of fun. 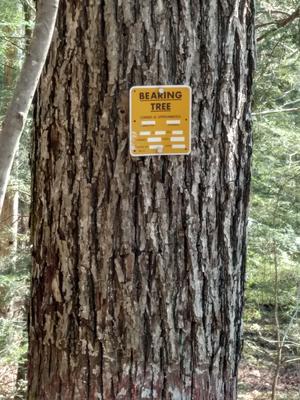 After a downhill that Tim and rode the brakes the whole way – yet Andy bombed down like a pro, the long slog uphill began.  This was the beginning of the end for me.  I walked the entire hill, and was not feeling well.

We regrouped at the top and ate snacks.

We often end up cutting planned rides short when someone isn’t feeling up to finishing the ride.  This ride was planned to be short and easier.  It was a mistake in routing that led to shortening it.  I wasn’t complaining.  I was done. 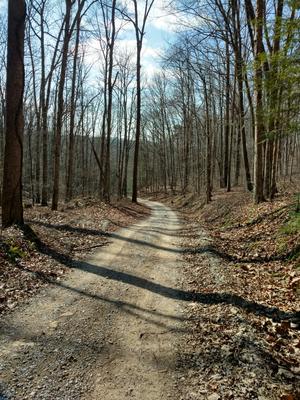 On the return leg, there was a trail that was mostly parallel to the road.  Tim wanted to explore.  Andy and I agreed, even though Andy said he had his worst experience on a bike on that trail years ago.  It was tough, muddy, hilly, and rutted.  I was covered and mud at the end of it.

We arrived back at S-Tree, then drove to Berea for food and hydration. 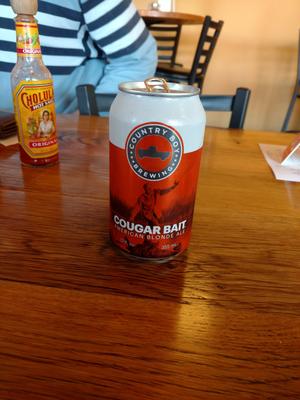 I could barely walk the next day.  I still haven’t been back on a bike since.  This was from a ride less than 16 miles in length.  Yikes!