I don’t ride my bike to work often enough anymore.  I did ride Friday though.

I headed out in the morning to decent temperatures and wet roads.  I rolled a pleasant route through Cherokee Park, stopping for a picture at Hogan’s Fountain. 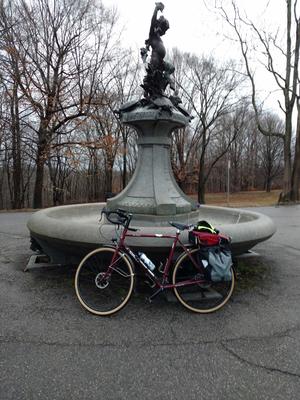 I was quite slow.  I’m not a morning person, and I’ve gained too much weight.  I pushed through and was glad I rode.

I have a shower at work, so I used it.  Although I’ve been bike commuting for years no, this is the first job where I had easy access to a shower.  It’s quite nice.  I’d trade it for a shorter commute though.

While at work, I took a selfie with a robot – because “why not?” 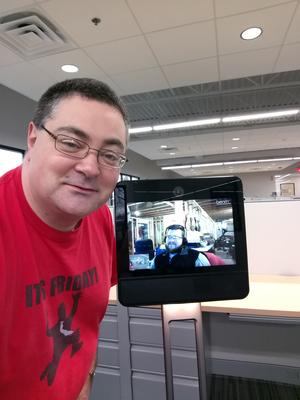 It was Friday, so of course I’ve gotta have some beer after work.  Diane agreed to meet me at Apocalypse.  I rode much faster in the afternoon.  The warmer temperatures helped.  It wasn’t morning, that helped too.  The promise of beer probably had a bit to do with it too.  I set three PRs on Strava on the way to Apocalypse.  I felt like a cyclist again.

We were puppy-sitting last week.  Diane brought Baxter (her dog) and Sophie (the temporary dog) along.  Sophie is adorable, even when trying to steal beer. 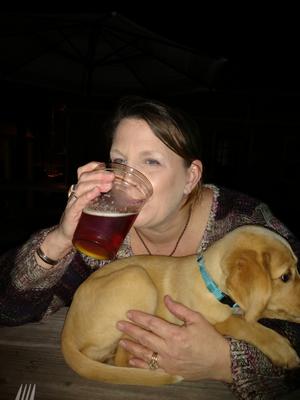 I limited myself to three beers then rode home.  Sophie was picked up and went home a few hours later.  I’ll miss the cute puppy, but not cleaning up after her.

32 miles for the day just for commuting.  I’ll take it.