Asher mentioned that he wanted to get out on a ride Saturday.  He also mentioned some beast called Peterson Avenue, which I’d never heard of.  I basically said that I can handle any in-town terrain on my single-speed.  We met up and headed out.

We did a couple of warm-up climbs on Eastern Parkway, and in Cherokee Park.  I fell behind because I’m out of shape, and I was riding a single-speed, but I did as I expected and just kept going.

When we made a turn on to Peterson Ave, I then understood the challenge.  It’s a steep, if short climb.  No problem there.  The problem is the surface.  It’s a very bumpy brick road.  I made it about 1/3 of the way up before dismounting and walking.  Asher rode to the top.  Walking on cleats on a brick road was not my favorite way to do this.

We eventually worked our way to River Road and stopped at The Black Spring, a very unique bike shop.  After looking at cruiser bikes (just for fun), we ate some BBQ from a new business that shares space with the shop.

Once fueled again, we headed toward downtown, where we passed a lost-looking guy on a hybrid bike.  We passed him at a good clip, then I noticed he caught up with us easily and stayed right behind me.  Asher and I chatted with him a bit.  Ed was here on business and rented a bike after arriving in town.  He’s a serious cyclist.  He used to be a full-time commuter in San Diego, and currently is a part-time commuter in Salt Lake City.

We gave him a tour of Portland, the West End, and part of the Riverwalk before he headed back to his hotel.  He mentioned how flat the area was.  Although Louisville is flat compared to where he’s from, he missed the hills we were on earlier.

I ended the day with 35.6 miles and still had time to get a bunch of yardword done then wander around the neighborhood with Robin for the Schnitzelburg Beer Walk until a thunderstorm with hail chased us to shelter. 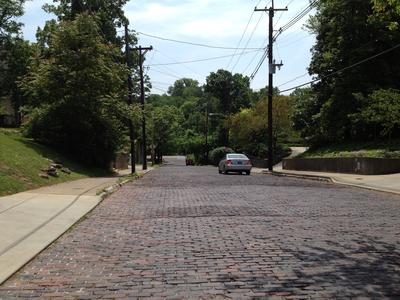 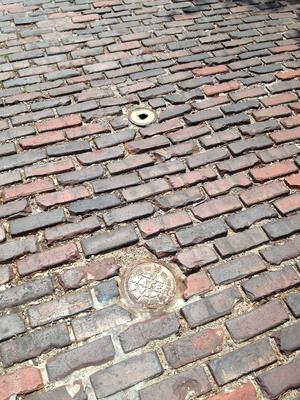 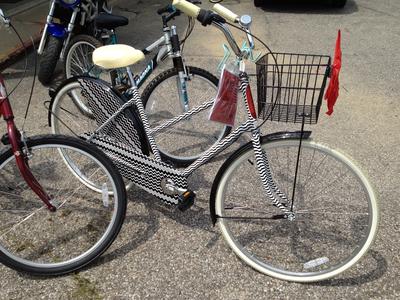 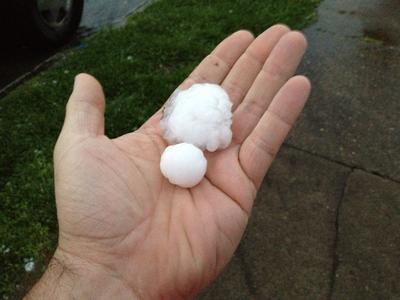