Last Friday I decided I needed to get away for a couple of days.  My wife had just moved out, and the empty house was bothering me.

I talked to my wife and daughter to make sure the dogs would be taken care of, and I headed out about 10:30 Saturday morning. 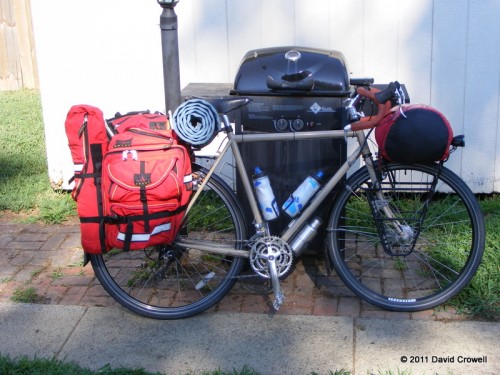 The weather was gorgeous.  Clear blue skies, mild temperatures, and a light breeze.  I rode through town, over the Second Street Bridge, and said goodbye to Louisville. 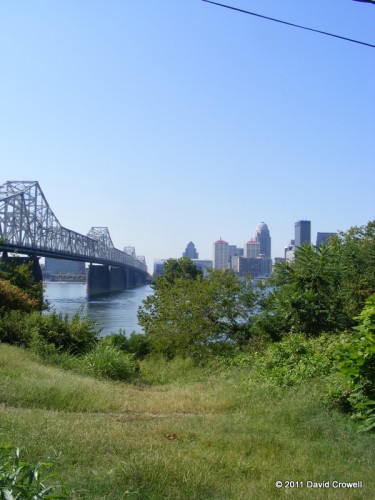 The old Colgate clock in Clarksville is neat, even if it’s now abandoned and doesn’t keep proper time. 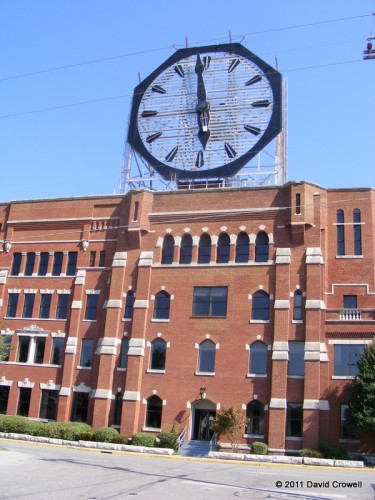 Some people have compared my Surly LHT to a tank.  I beg to differ. 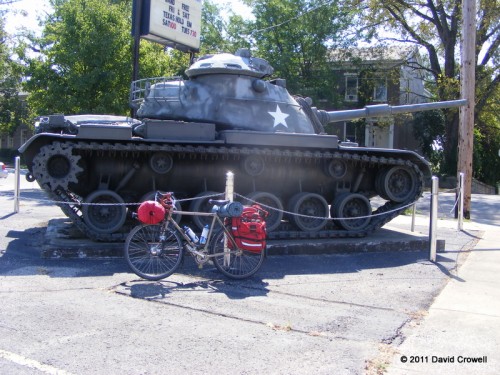 I headed northwest out of New Albany towards Edwardsville.  I knew the infamous Edwardsville Hill was coming up, but first I waited for a train to pass.  Notice the graffiti.  I’d be gasping later. 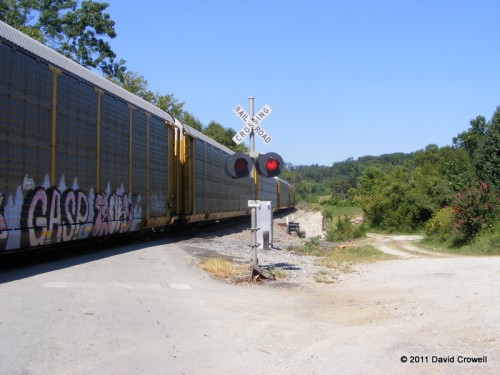 Then I began climbing Edwardsville hill in earnest.  It didn’t seem too bad even with my camping load on the bike, but I was still fresh.  I do have to say the the switchbacks are much more fun going downhill though. 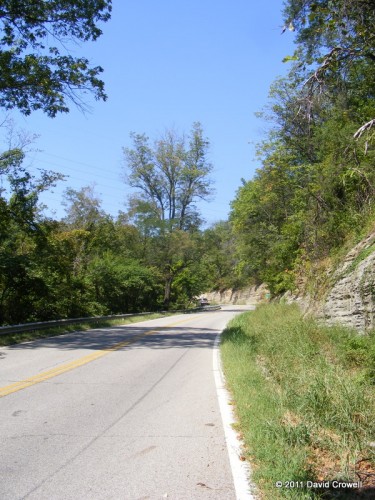 The view from the top was definitely worth the climb. 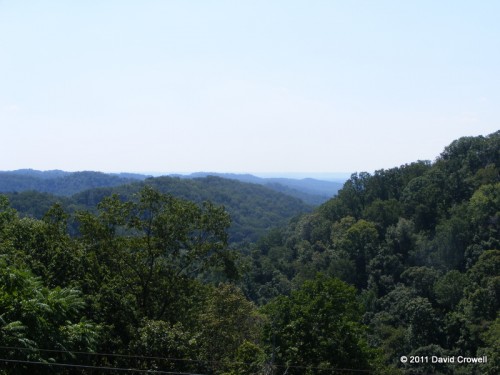 I eventually made my way to Corydon Ridge Rd.  I’d never ridden this road, and I imagined it being very rural and beautiful.  In reality much of it was very suburban.  Some of the road names do evoke the old rural feel it must have had once. 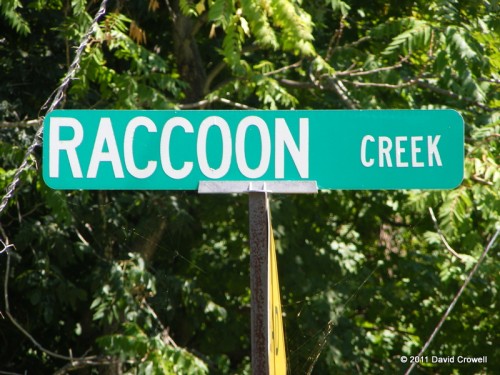 While I took pictures of odd signs, my bike took a nap. 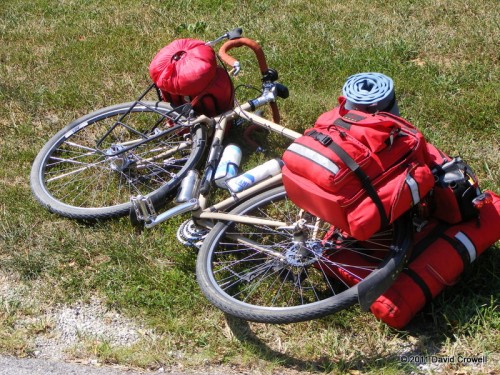 As I continued on Corydon Ridge Rd, it did get more rural.  There were gently rolling hills. 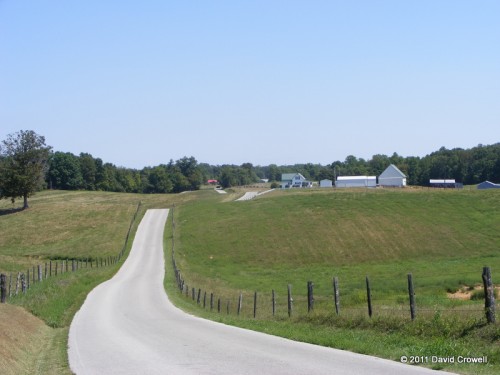 There were neat old barns. 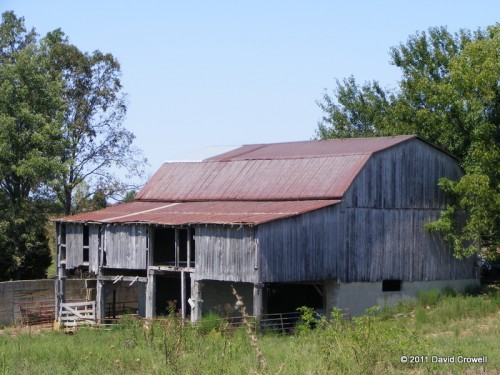 I continued on and eventually made it to Corydon.  I stopped for a late lunch, early dinner at Magdalena’s.  It was good, but with dessert, I spent more than I intended, and they didn’t even have beer.  I did see Butt Drugs nearby though. 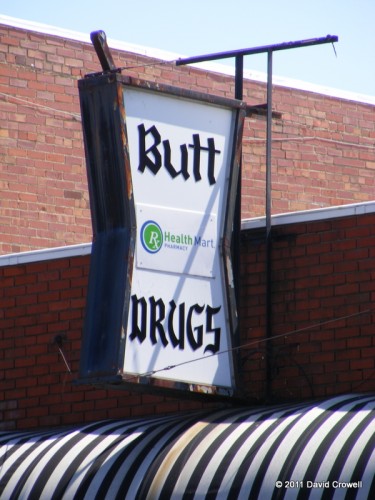 There was a guy with a fish net walking through Indian Creek. 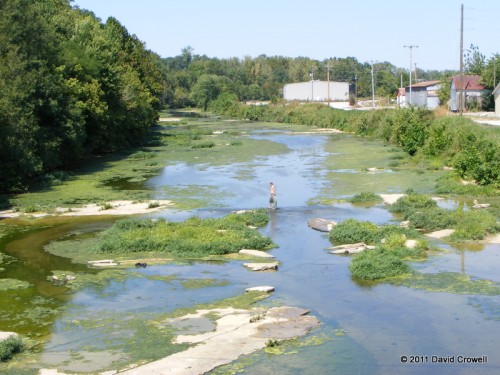 I then headed out of town on Old Forest Rd.  The hills to the west became more prominent. 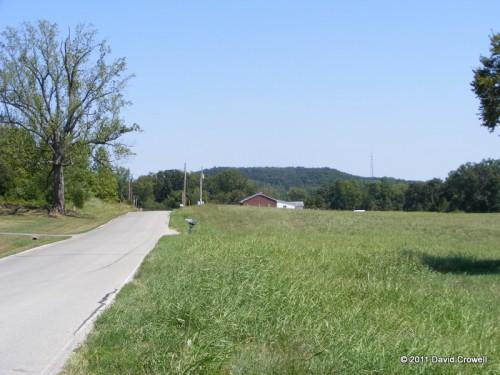 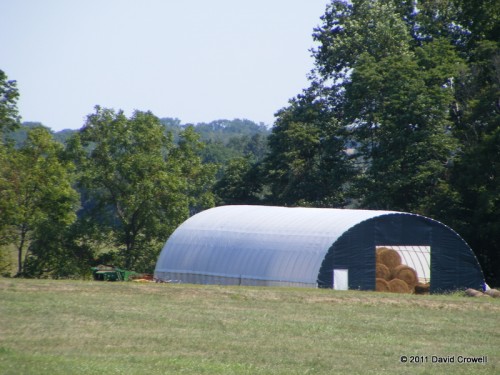 After a bunch of climbing, where I was too busy breathing to take pictures, I was running along the top of a ridge.  There were nice views for quite a distance… and yet I had good cell phone reception. 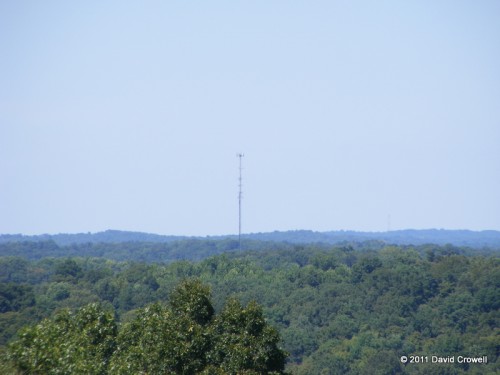 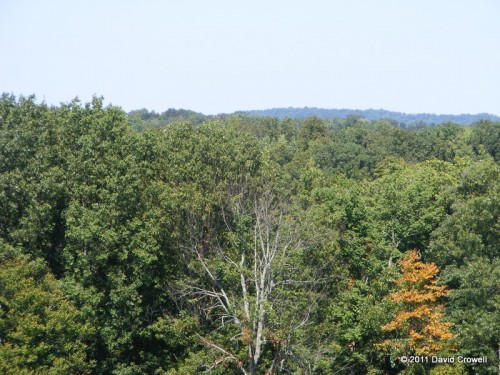 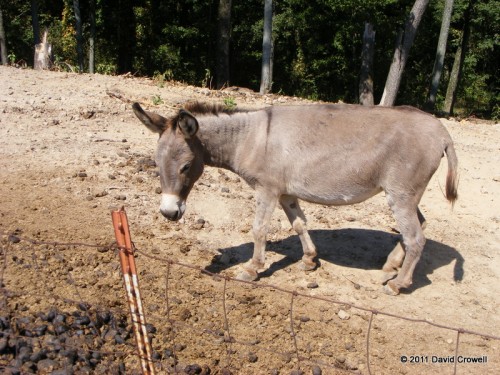 While still on Old Forest Rd, I eventually entered Harrison-Crawford State Forest.  It’s fairly obvious when you enter it, as the open fields and farms end, and you truly are in a forest.  It was cooler, shadier, and beautiful. 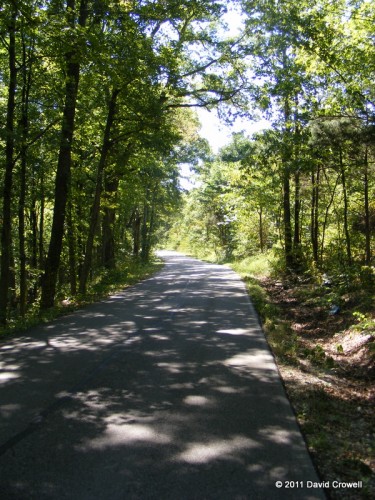 I stopped to un-hydrate in the woods a bit, and while I was away, my bike fell asleep again.  I can’t say I’m surprised.  It was a peaceful spot. 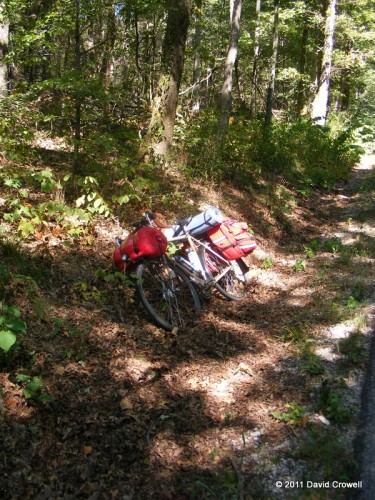 Old Forest Rd then becomes IN-462 and enters O’Bannon Woods State Park.  The primitive camping isn’t actually in the park, so I turned north on IN-462, and had a wicked-fast downhill to IN-62, where I soon reached the campground.

There was another downhill (on gravel) in the campground taking me down to the Blue River.  I paid just over $8 for a shady, grassy spot and set up the tent. 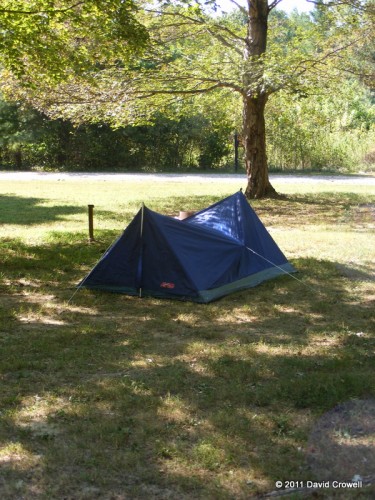 The ride there was just under 44 miles.  I still had hours until sundown.  I didn’t bring cooking supplies, just snacks that could be eaten as-is.  I brought my Kindle to have something to do.

The campground was far from quiet.  There were rowdy campers not far from me.  Once it got late and they settled down, I could here the distant traffic on I-64.  Overall it was a much better night than doing the same old thing at home.

My route there is shown below.

I had a longer day planned for Sunday.  You’ll have to wait until my next post to see how that went.