I’ve been putting off posting this because I’ve been busy, depressed, frustrated, and drinking too much beer.  However, last Sunday was a wonderful ride that Tim & Michael put together.  Patrick and Timothy joined us for the fun.

Strangely, this was initially planned as a “fast” road ride.  I’m the one without a fast bike (or a fast engine for that matter), so I was resigned to falling behind while riding my LHT.

As the event loomed, further research showed that there would probably would be gravel.  Tim opted to ride his gravel-ready Lightspeed Blueridge.  Michael chose his LHT.  Patrick chose his most excellent double-top-tubed Bombadil.  Timothy chose a modified Trek mountain bike with a Surly fork that he calls “Beast”.

I felt much better at the beginning of the ride, when we all had sturdy, hardy bikes.  Maybe I wouldn’t be the slowest after all.  That was wishful thinking. 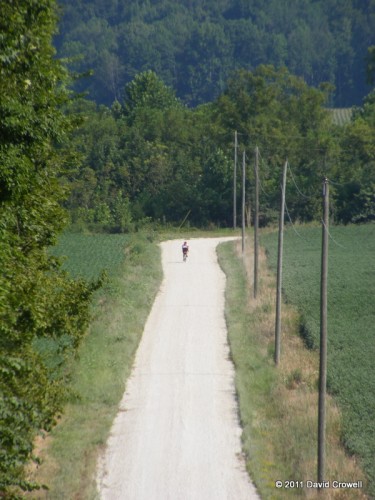 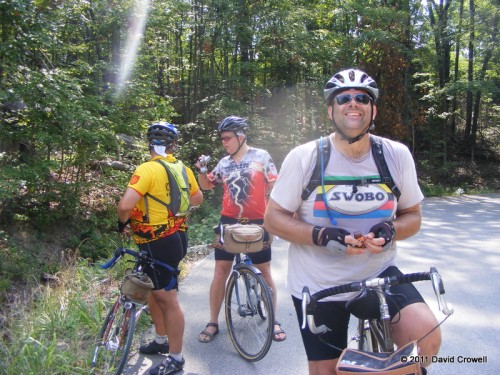 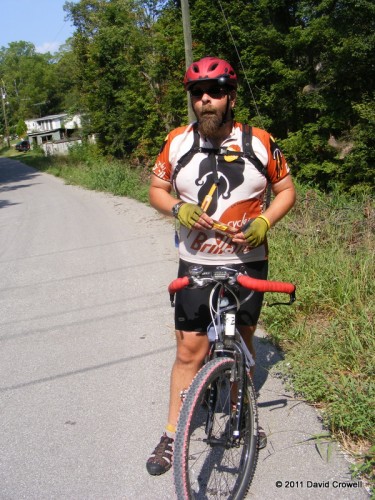 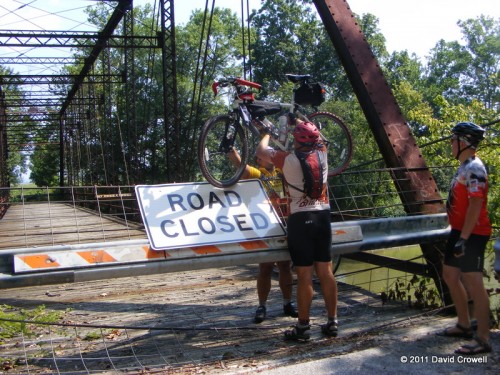 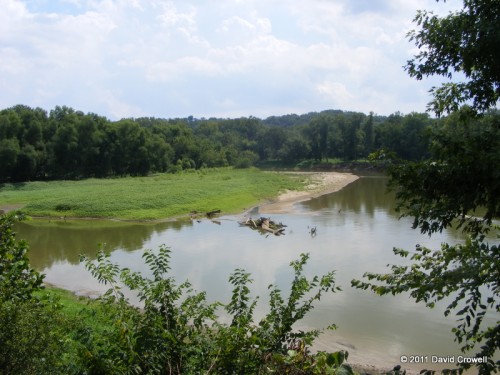 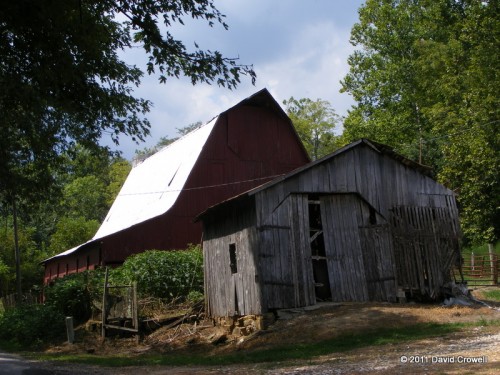 Tim got a picture showing some of the “chunkier” gravel… 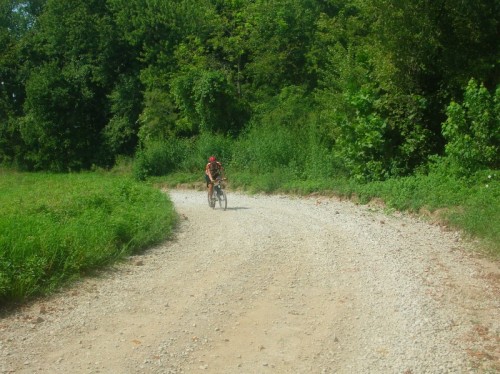 …and the chunky guy. 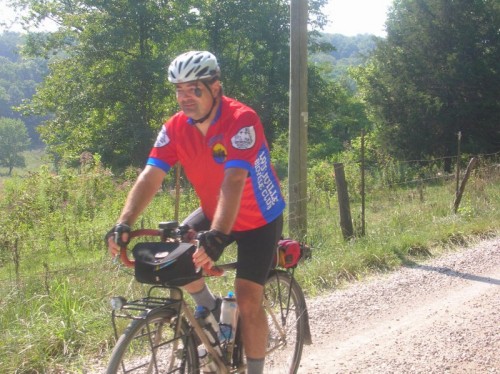 Michael got this awesome picture of me being chased by two friendly dogs. 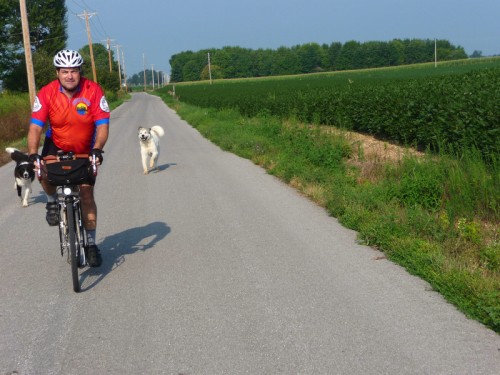 The weather was warmer than expected.  We did have a brief sprinkle, but not enough to cool us down.  It was a great ride.

Michael’s has a good write-up.  Tim has two write-ups.