I left early.  I had an appointment for my second cervical epidural.  The first one really scared me, but things improved after the first one, so I decided to stick with a second one.

Side note:  I’ve been back on my Surly LHT since last Friday.  That means I can ride any of my bikes again.  This is a huge improvement.  I was riding with Tim on Sunday and broke the chain on the LHT.  I have a chain tool and was able to fix it, but I’ve been running a chain that is quite worn and a few links short since then.

I could have driven, but I’m stubborn.  I don’t like to drive.  I planned a route to get out to the doctors office (out past Oxmoor Mall, near Hurstbourne).  We’re in the middle of a heat wave.  I left myself 90 minutes to get there.  It took only 70.  Traffic was heavy but everyone was polite.

I locked up out front and cleaned up in the bathroom before my appointment.

The second epidural went much smoother than the first.  It still wasn’t comfortable but it was less frightening.  I didn’t hear the needle sliding into place.  The doctor said it went easier because I had less inflammation in my spine.  That’s a good sign.

The doctor did seem concerned about me riding a bike home after the procedure.  I knew from the first one that it wouldn’t be a problem.

When I left, the previously hot, humid, sunny weather had become cloudy, humid, not-quite-as-hot weather with distant thunder.  Shortly into the ride a light rain started.  By the time I made to the St Matthews area the rain had become a downpour.

I needed to go to On Your Left Cycles for a new chain.  The route I had programmed into my GPS wasn’t taking me there, but I took Bardstown Rd north to Baxter Ave.  I was turning left at high speed on wet roads right in front of the shop.  I hit a pothole and went down.  It wasn’t the slow motion thing that my other wrecks were.  It was very quick and quite painful.

I laid at the edge of the road for a few minutes before attempting to sit up.  My hands, knee, elbow, and big toe hurt.  I didn’t hit my head (or helmet).  I eventually stood up and picked up the bike.  There was no visible damage.  I walked into the bike shop.  They allowed me to clean up and borrow a first-aid kit.

After a while, I bought my chain, and headed out.  I rode down to Cumberland Brews and met my daughter there.  We had dinner, and I rode home.  She decided to take the bus.

I had a total of 31.8 miles.  Not bad for such a busy day.  I could have done without falling, but that was my fault.

My route is below.  I didn’t have my GPS on for the ride to work, but it was for the rest of the day. 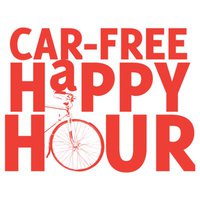 Once I was back home I had to pick gravel out of my skin.  I’m glad I used the peroxide.  I know Baxter Ave is not sterile.  🙂

Tomorrow is car-free happy hour.  See you there!

6 thoughts on “Busy Day – Over 30 Miles of Transportation Riding”