I got up at 6:00am and showered to prepare to head out.  It took a while to repack my bike.  I had breakfast and was down in the lobby waiting for Debbie by 9:00.

We headed out about 9:15.  We went over to the Circle of Light in downtown Indianapolis to take a few pictures before heading out. 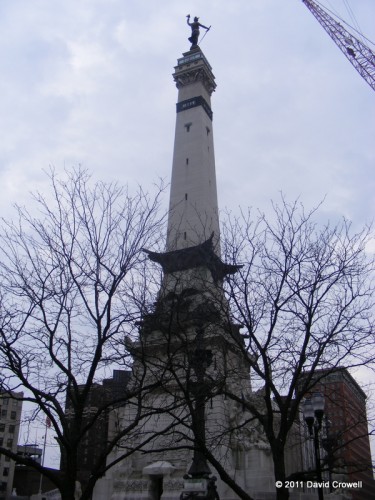 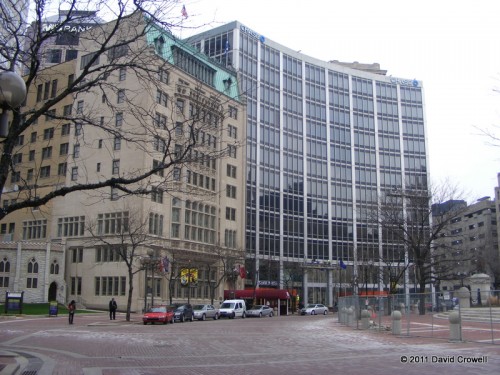 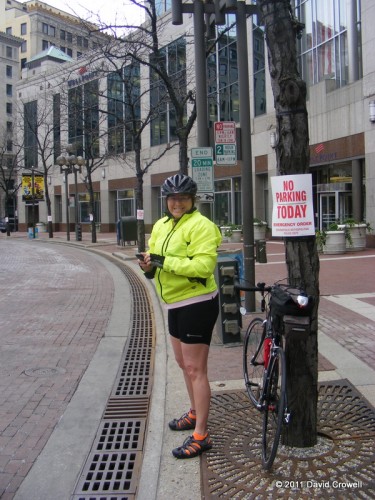 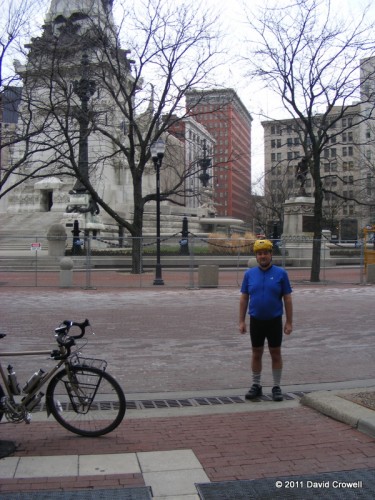 Downtown was a mess.  It appeared that everything was under construction.  Sidewalks were fenced off.  Lanes were closed.  We began to take a street only to discover it was covered in fresh tar – we detoured around it.

We eventually worked our way away from the city center, which led us to a more suburban area.  This wasn’t great either.  There was an unused porta-toilet at a construction site that came in handy though.

Riding through suburban sprawl took a while and it wasn’t scenic enough to bother with pictures.  After we were nearly 20 miles into the ride things seemed pretty rural. 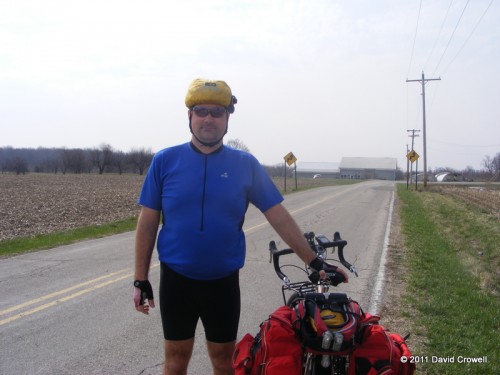 I was wearing shorts and short-sleeve jersey for the entire ride.  I was a bit chilly in the morning, but warmed up nicely and was comfortable for the rest of the day.  We had a few spatters of rain in the morning, and another in the late afternoon, but mostly it was just cloudy and windy.

The wind was unending.  It wasn’t gusty wind.  It was steady in-your-face headwind the entire route.  It did slow us down.

As we continued on in the quasi-rural area, we found someone’s rather unique lawn ornaments. 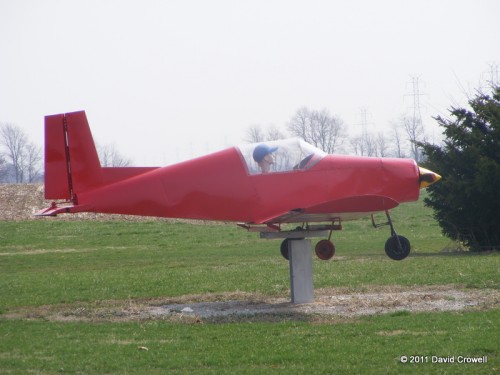 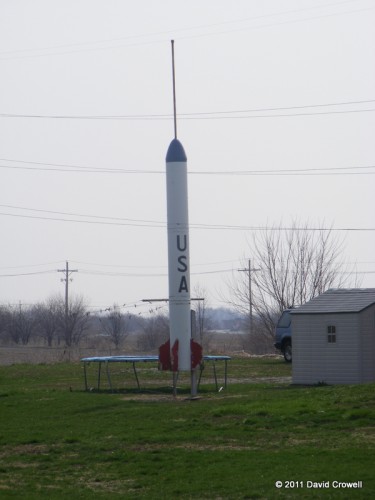 We stopped for lunch at a small pub in Franklin.  It was cheap and had only a small beer selection, but a burger and beer really hit the spot.

Our route took us along the edge of Camp Atterbury for a while.  Camp Atterbury has shunk since WWII, and the area we rode through was actively used at one point, now all that exists is overgrown lots and stubs of roads.

After getting to the main road between Camp Atterbury and Edinburgh, traffic was quite heavy and we were hugging the shoulder.  I got a laugh when a brown van with the sherrif’s logo on the side passed us.  The back was open and at least eight men were sitting on the back in uniform.  They waved and smiled as they passed.

Entering Edinburgh we rode over a bridge over the Big Blue River.  It is a river, but it’s not terribly big, and certainly didn’t look blue. 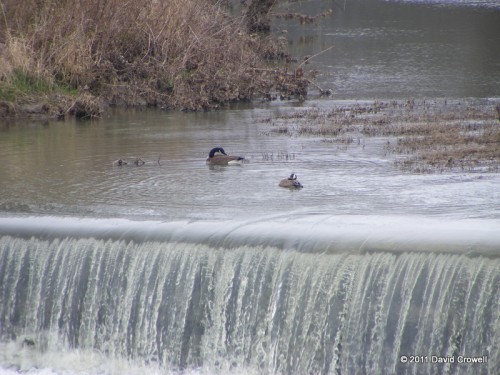 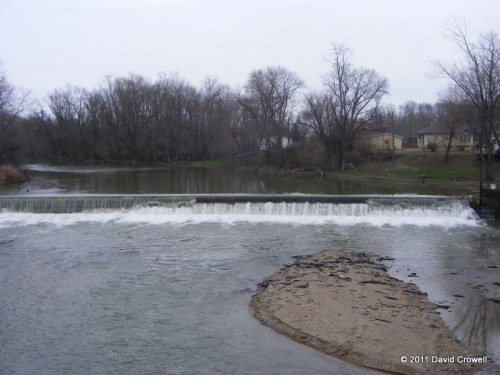 After crossing the bridge, we were looking for drinks and snacks.  We stopped at the first business, which happened to be a bait shop with a “colorful” woman working there.  They did have drinks and snacks, albeit a small variety.  They also had crickets, but I figure I eat enough bugs on the bike.

We took IN252 eastward out of town.   The original plan called for turning south shortly after crossing the freeway, but the “road” was a private farm driveway.  We continued on the busy IN252 a bit longer and turned unto S 700 W (I hate road names like that). 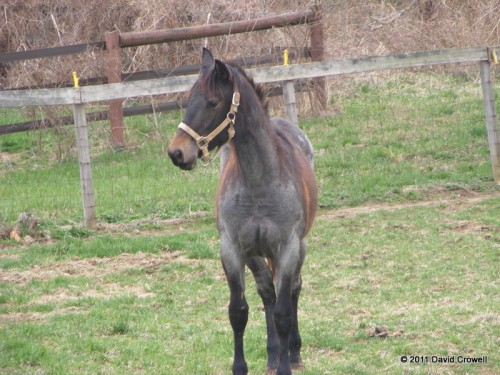 The round-about way we detoured around the private road led us to climb and descend the same hill three times on three different roads.  Not so much a hill as a small ridge. 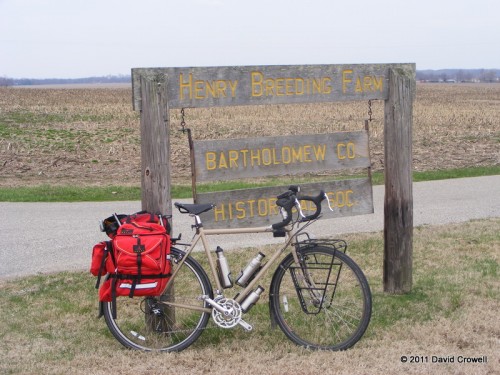 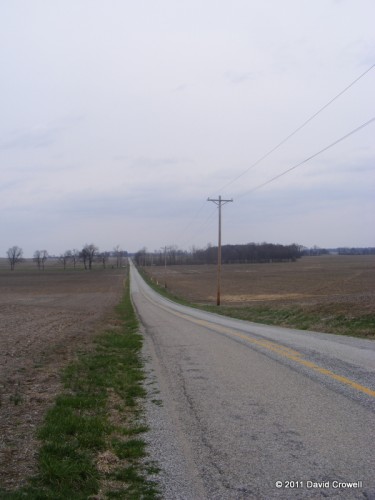 Did I mention the wind?  We watched a father and daughter flying kites.  Once they got them flying, they staked them to the ground, and they remained aloft.  I’d never seen that done before. 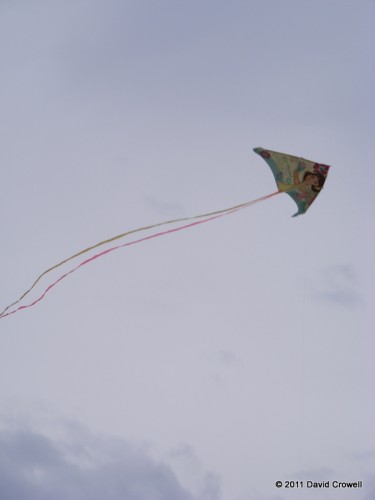 The last ten miles was just a slog into the wind and light rain to get to the motel.  It was only a 60-mile ride and the route was fairly flat, but that wind!

I felt fine when I arrived at Motel 6 in Columbus, other than needing a shower.  I took a shower, and met back up with Debbie (and her husband Dave who had driven) for dinner at a Mexican place within walking distance.  I, of course, had more beer.

The tour is not over until tomorrow.  There’s still more opportunity for beer.