I slept in until 8:00am on Sunday.  I needed the rest.  Michael, Sarah, and I went out for breakfast.  The skies were gloomy and it started raining at some point in the morning.  I was enjoying being lazy, so it was around noon before I departed on the second leg of my trip.  Michael wanted to go out for a ride, and tagged along with me for the first 30 miles or so.

My route for Sunday was planned for 80 miles.  I did ride the planned route.  I modified the GPS track below slightly for Michael’s privacy.

By the time we left his house, the rain had stopped and skies were clearing.  While riding through Bloomington, I noticed that the city is trying to be bike-friendly.  There are bike paths, bike lanes, and these traffic calming devices. 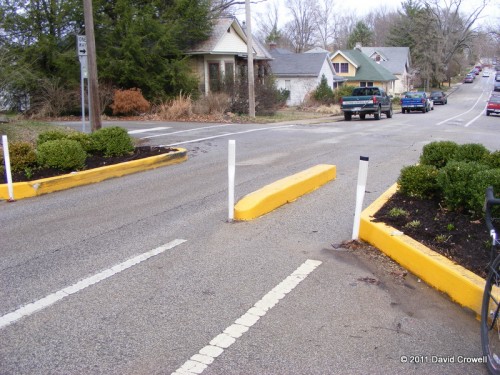 Of course after stopping to take a picture of the traffic calming device, while trying to get my heavy-ass bike moving, I managed to run into the curb.  I didn’t fall, it was just embarrassing.

We worked our way northeast through Hindustan and into Morgan-Monroe State Forest. 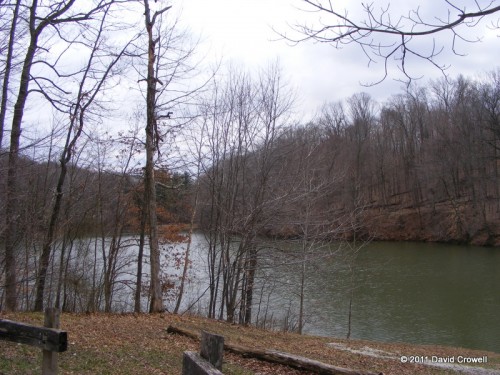 Michael was enjoying the ride. 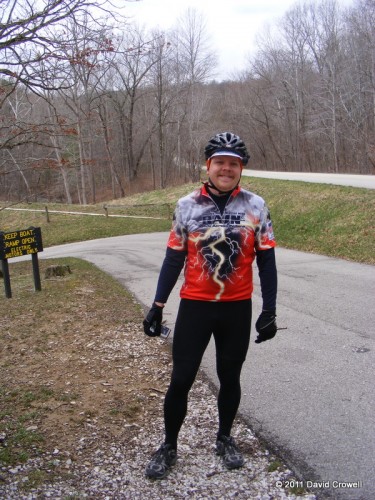 At some point during the ride I noticed we were making good time as long as we weren’t climbing a steep hill.  It was a tailwind.  Much better than Saturday’s headwind. 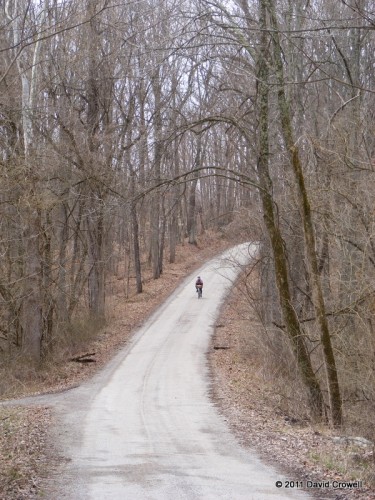 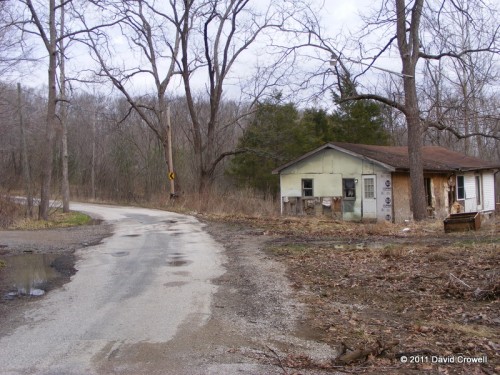 Michael and I rolled into Martinsville and stopped for more water and snacks.  We were 30 miles in, which meant we were to part ways.  I continued north, Michael headed west.

A few miles north of Martinsville there was this imposing coal-fueled power plant.  The amount of coal piled up on the grounds was staggering. 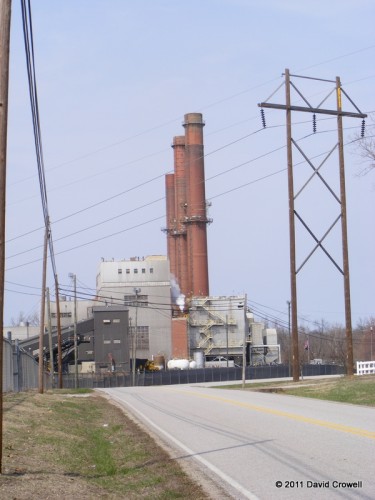 Before long I was crossing the White River. 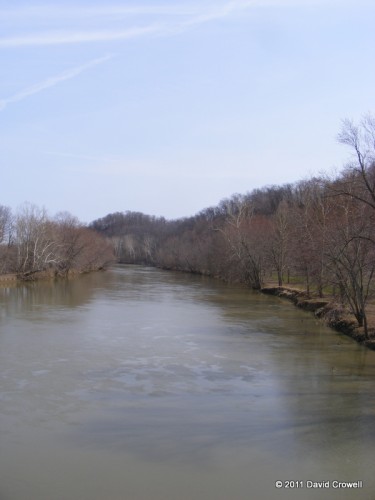 After a long flattish stretch that included Martinsville, I knew there would be more climbing. 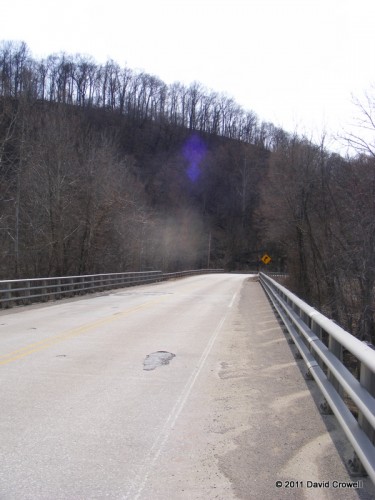 The climb was up Goat Hollow Rd which once at the top was just a meandering ridge top road.  I never did see a goat though. 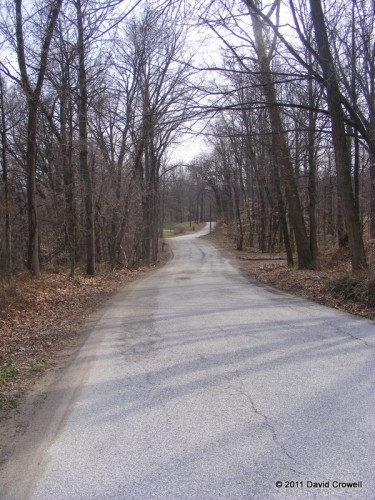 A few miles later I did see several sheep.  Come back here!  I need some new wool socks! 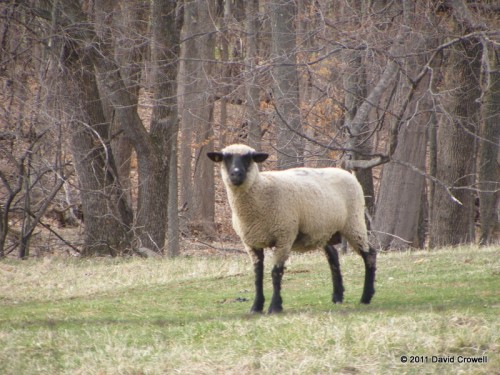 I rode through Mooresville, but didn’t stop anywhere.  I was making good time, but due to my late start was worried about how late I’d be getting to the hotel.  In Plainfield I was getting hungry and noticed Buzz’s Pizza.  They served up a decent stromboli, which I ate on a bench outdoors before continuing on. 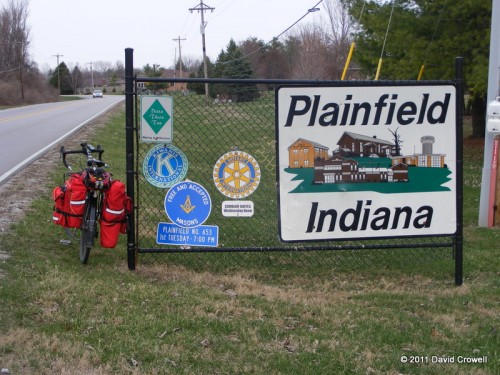 After Plainfield it mostly became suburban hell.  Luckily, being Sunday, traffic wasn’t too bad.  The multi-lane high-speed US36 wasn’t the most pleasant, but I did have an interesting conversation with a young mother and her daughter about where I rode from and where I was riding to.  The little girl was fascinated.  Surprisingly I had no yelling or honking motorists the whole way.

Once I got inside the I-465 loop there was a bit of city traffic, but people appeared to be used to bicyclists.  I passed the Indianapolis Motor Speedway. 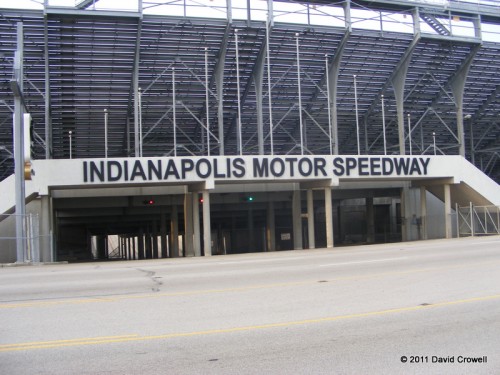 As I approached downtown, I really began to appreciate downtown in Louisville.  Downtown Indianapolis is harder to navigate and the roads are in poor condition.  Also, for some reason, the city bus drivers are maniacs. 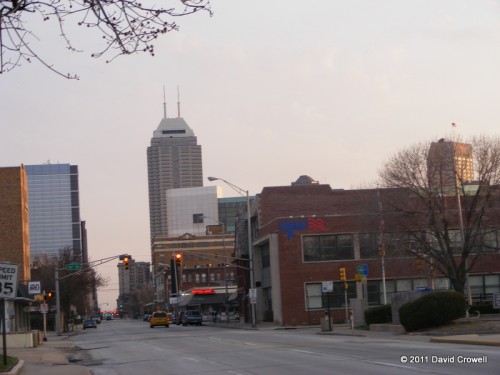 I eventually found my hotel and checked in.  The biggest problem there was that the tiny elevator would not accommodate my bike unless I stood it on end.  That was not an easy task with the weight I was carrying.

I made it to my room ready for a shower and bed. 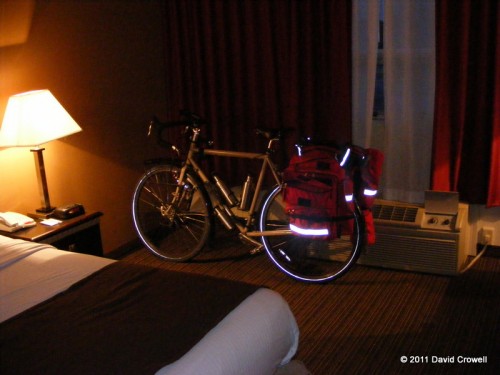