Yes, I’m running a day behind on posting.  I spent last night at Michael’s house and I wanted to be social rather than holing up with my computer.  Yes, I took the laptop on tour.  I’m a geek.

I learned two important lessons about bike touring on my very first day.  Don’t overpack and overestimate the mileage you can do.

My first day route was a very hilly 110 mile day getting me to Bloomington.  I can ride that under good conditions, but add in a heavy load and a headwind, and it doesn’t work as well.

Here’s the actual route I rode on Saturday.

I left Louisville at 7:15 under cloudy skies.  There was a slim chance of rain, but it didn’t materialize. 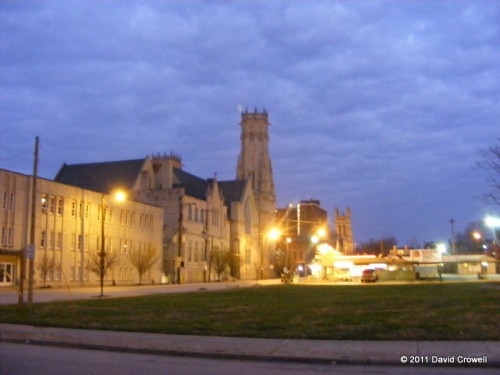 I wandered through Clarksville and New Albany.  I climb Moser Knob Rd again.  Moser Knob Rd is steep enough that I need my granny gears on the LHT.  I felt fine on that hill, even with the extra weight.

I continued generally northwest and enjoyed the countryside. 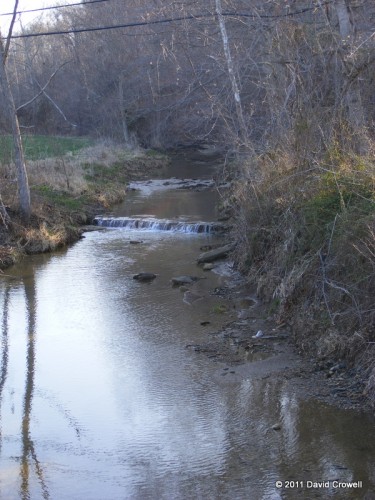 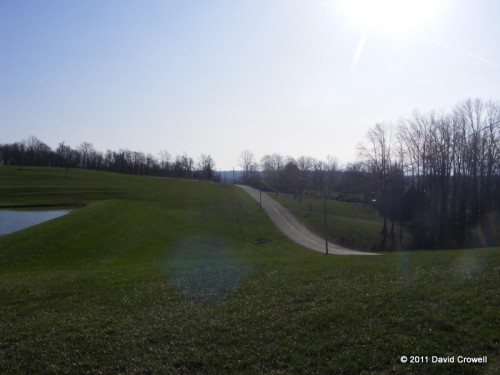 There were a number of homes where the driveway crossed the stream… as in you have to drive through shallow water.  There was generally a small footbridge for pedestrian access. 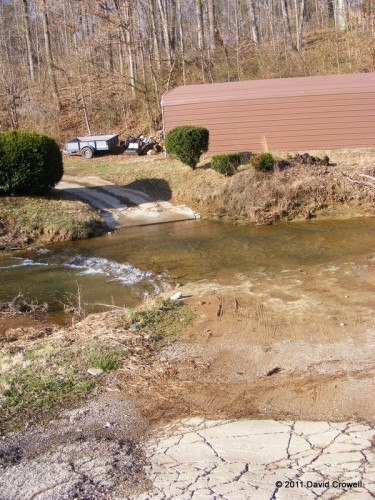 I liked this “forest”.  It was somebody’s yard, but they had cleared all of the brush and just left the trees. 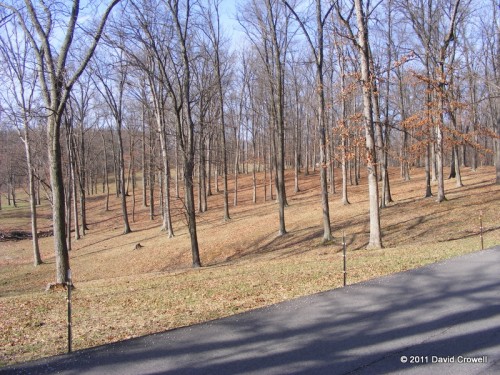 This was an old church and cemetery along Voyles Rd. 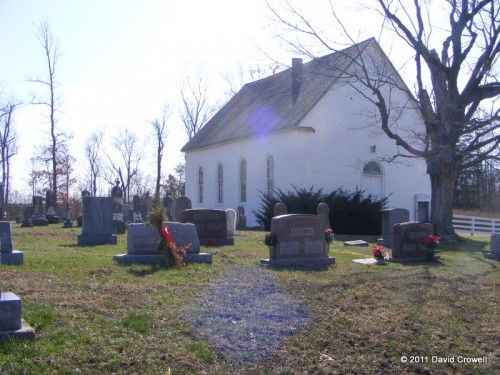 As I was coming into Pekin I crossed this old bridge.  I had been on this bridge once before on a ride with Tim.  (New) Pekin hasn’t changed much.  I stopped at a gas station for supplies and moved on. 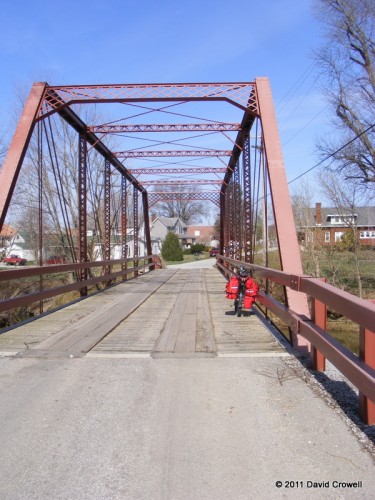 The clouds had cleared up.  The temperature had climbed in the high-60s.  It was really turning into a nice day.  I even had to put my cycling sunglasses on to really look like a dork.  The glasses not only help with sun, but are good for preventing my eyes from watering while doing a 40mph descent.  I spent a lot more time at 4mph than 40mph though. 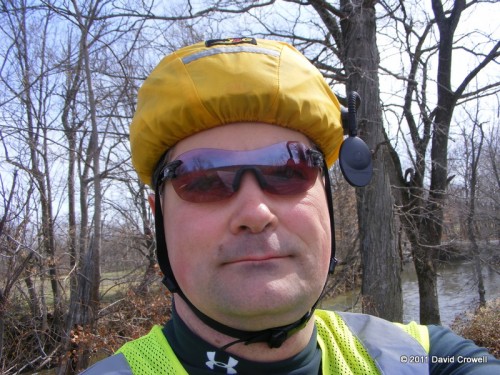 When I arrived in Salem, I found a small Mexican restaraunt with outdoor seating.  It was a beautiful day, and I wanted to watch my bike.  Eating outside meant I couldn’t have beer with my food, but I really didn’t need beer in the middle of this ride.

My GPS did a great job of keeping me on track on unfamiliar roads.  I did miss one turn, but that was just because I wasn’t paying attention.  I hadn’t gone far, so turning around wasn’t a big deal. 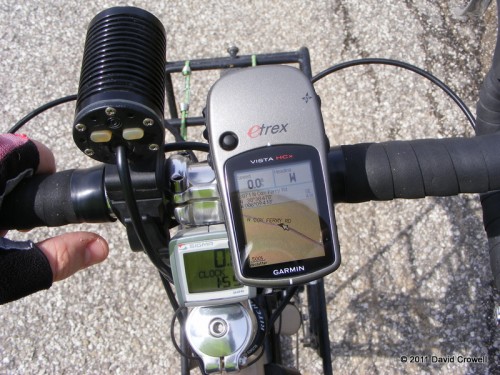 I always get chased by dogs in Southern Indiana more than anywhere else I’ve ridden.  Saturday was no exception.  At one point, three dogs came at me at once.  They didn’t look vicious, and I didn’t want to hit them, so I stopped.  That’s when I noticed one of them had three legs.  They quickly lost interest once I stopped, and I meandered on.

So what do you name a dog like this?  “Lucky” – lucky he wasn’t killed.  I’d probably name him “Tripod”.

Although I’m sure it wasn’t, this appeared to be highest point in the state. 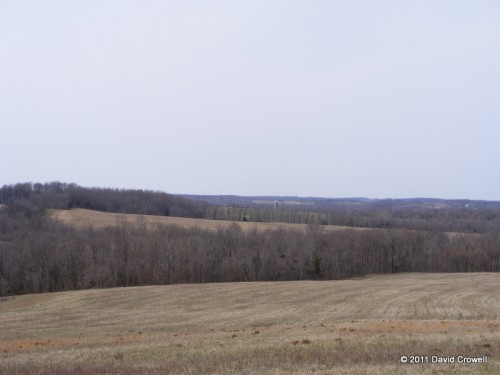 While riding along Cox Ferry Rd (where a bridge has long since replaced the ferry), I came across something unexpected, gravel.  I don’t normally mind gravel, but I was behind schedule and the hills, weight, and headwind were hurting me. 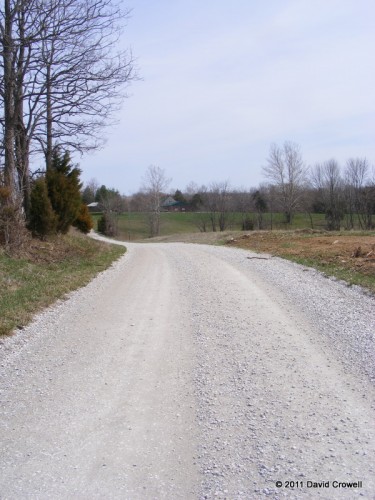 This is the creek that Cox’s ferry must have crossed at some point. 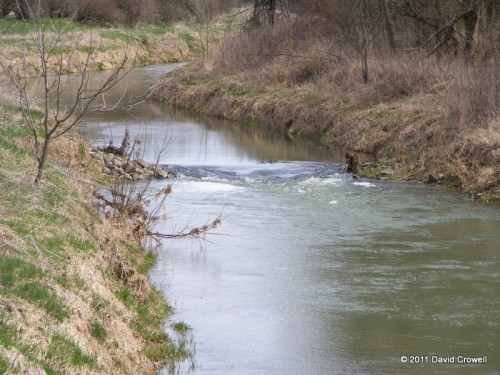 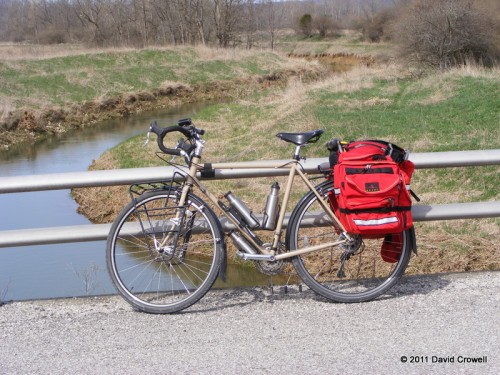 This is the climb I had to look forward to as I left the creek. 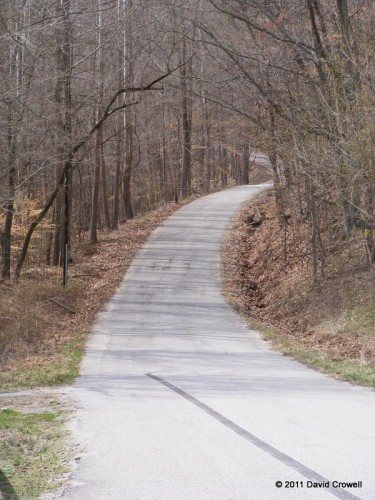 I don’t take pictures while suffering a climb.  After this climb was a nice descent, and I didn’t take pictures there as I was grinning ear to ear at 40mph.  Once I was back on the flood plain of the East Fork of the White River, it became obvious that water levels are still high.  Luckily my road was still dry. 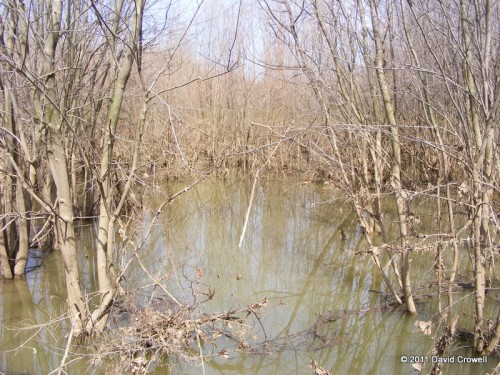 Crossing over the river was a cool old bridge.  I have a thing for neat bridges. 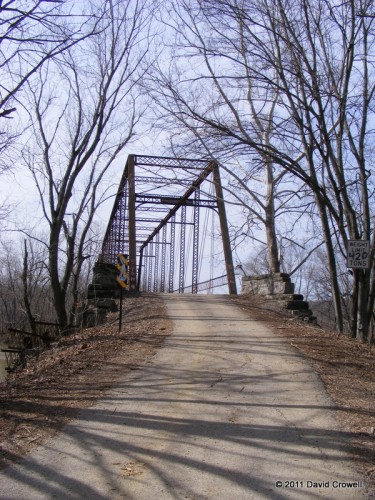 As I continued on, the pavement ended again, but instead of gravel, I got good old-fashioned dirt.  There were a few small muddy spots due to the high water, but it wasn’t difficult riding. 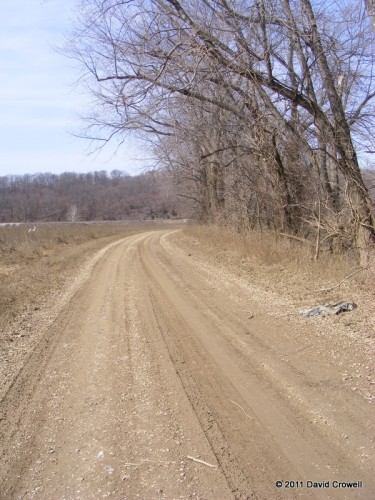 During most of the ride I saw a lot of circling birds.  Whas it just a sign of Spring, or were they waiting for me to expire? 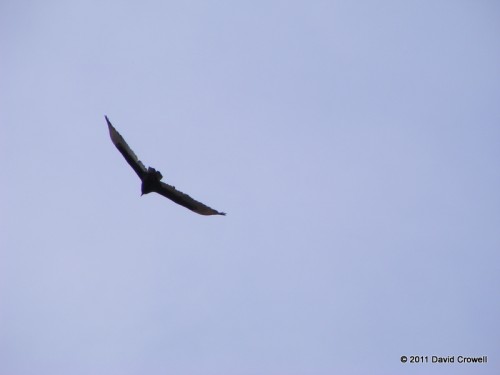 I came across Fort Ritner.  Fort Ritner seems to be a dying town.  It looks prone to flooding.  It seems it was mostly a railroad town, and railroads aren’t what they used to be.  There were a handful of well-kept homes, but the majority of the town was abandoned with rotting homes.  There were no businesses open.

This was a bridge over a creek on a private road. 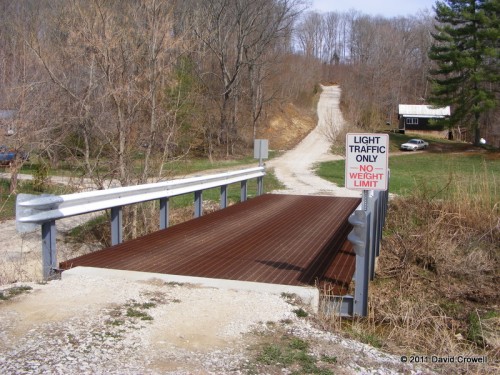 These were typical of the town. 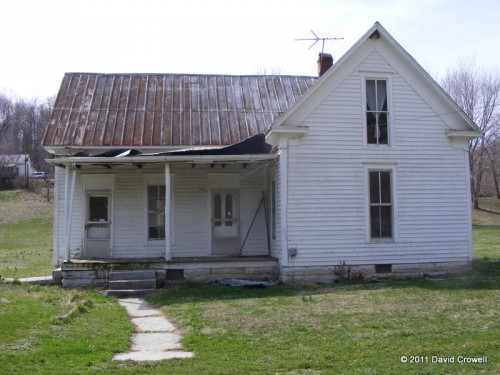 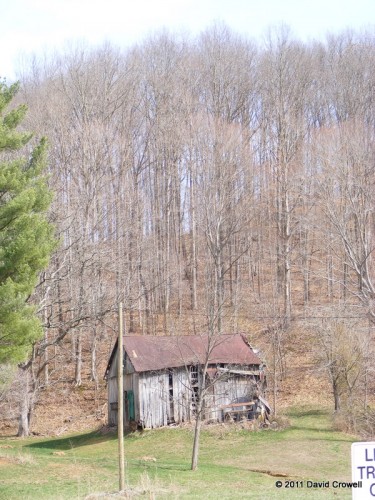 After leaving Fort Ritner, I continued on a road that led to another climb up unto a ridge.  Once on the ridge, the road is known as Devil’s Backbone.  I thought that was a neat name for a ridge road, especially when a one point the ridge is very narrow with steep dropoffs on each side.  Quite cool! 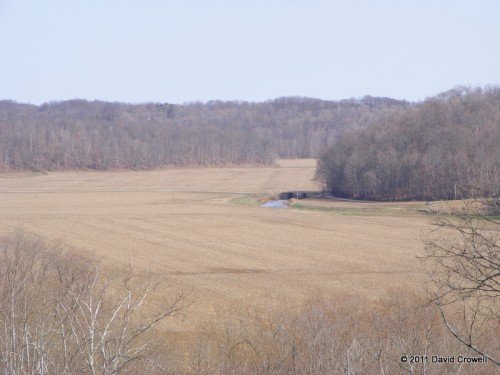 The weather was beautiful.  There were wildflowers sprouting up everywhere. 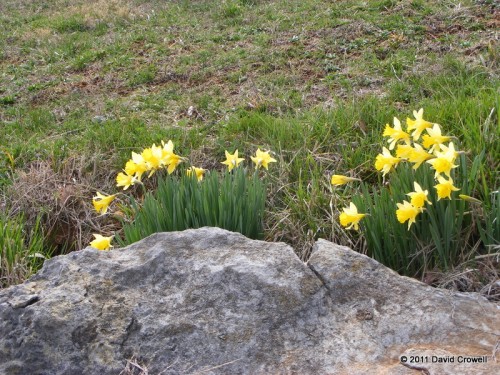 I had let Michael know that I was running later than I wanted to.  I explained to him that even the shallowest uphill grade was slowing my speed into the single-digits.  I had simply made too grand of plans.  He offered to pick me up.

I rode on to Bedford where he picked me up for the drive to Bloomington.  At just a bit over 80 miles, I am perfectly satisfied by the ride.

We went out for food and drinks at Upland Brewery.  Once I got back it didn’t take long before I slept through the night with no issues.  Bike touring cures insomnia.