I have three sets of Christmas lights adorning two of my bikes.  The single-speed has a blue set of lights, and the LHT has two multicolor sets.  The other two bikes haven’t been ridden recently.

There are three bikes in the picture to the right.  The undecorated recumbent is sitting behind the other two.

The single-speed will be getting fenders soon, and is becoming my primary commuter bike.  The LHT will be my ice and snow commuter, grocery hauler, and epic-ride bike.

I rode the single-speed to work today.  It was quite cold on the way in, but at least I wasn’t standing around waiting for a bus.  The ride home was warmer.

I need to buy some boots.  I was going to go after work, but I really didn’t want to ride down Preston Highway during rush hour after dark.  I guess I’ll go Saturday.  I’ll drive, as I will already be running errands in the truck that day.

My eating is much improved.  I’ve updated my daily weigh-in page.  What I haven’t been doing is keeping my food diary.  It’s just another thing to do, and I’m short on time as it is.

Oh, and I got an email today: 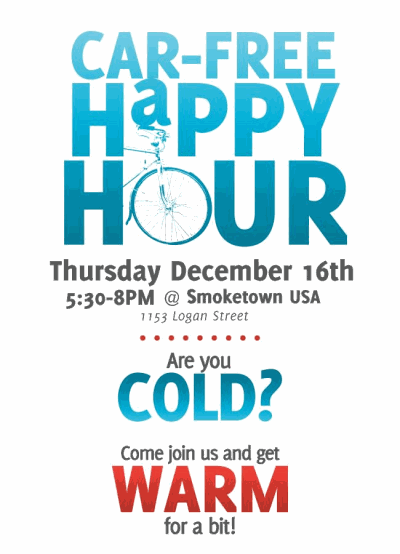 One thought on “Christmas Lights!”