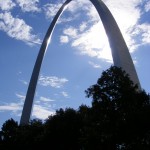 After one full week of riding my bike to work, I got sent to Saint Louis for a conference.  It’s too far to bike, and too close to fly, so I drove.

I did bring a bike with me, and took one evening to ride and sight-see.

My route is approximately here:

My actual mileage was about 29, as I took a couple of wrong turns and back-tracked some.

The first part of the ride was the Riverfront Trail.  It heads north from downtown through ugly industrial areas.  Also mixed in here was  a homeless tent-city known as Hopeville. 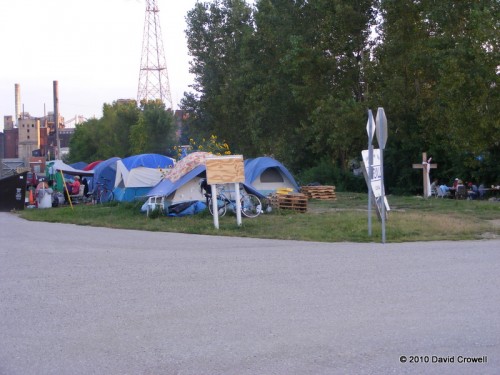 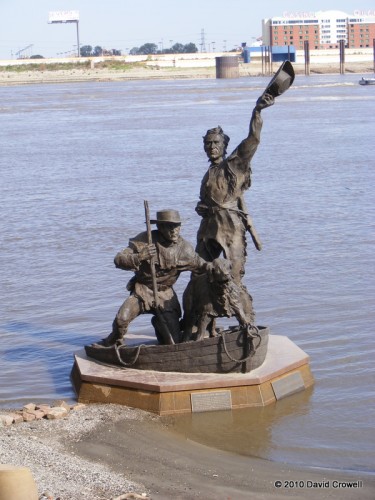 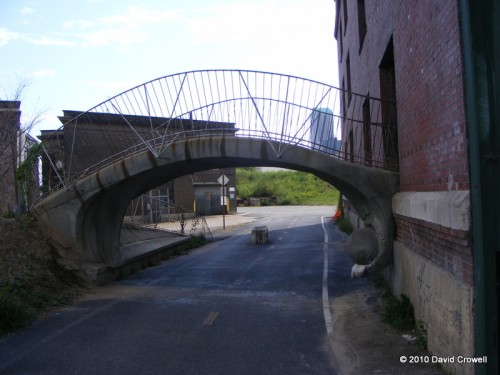 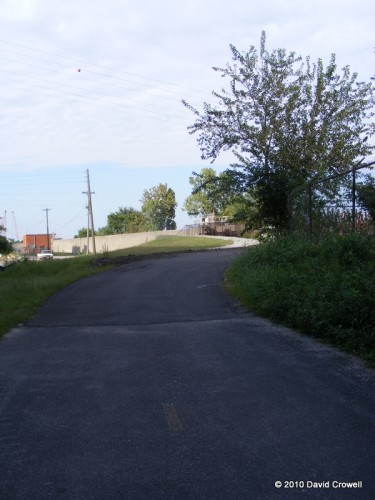 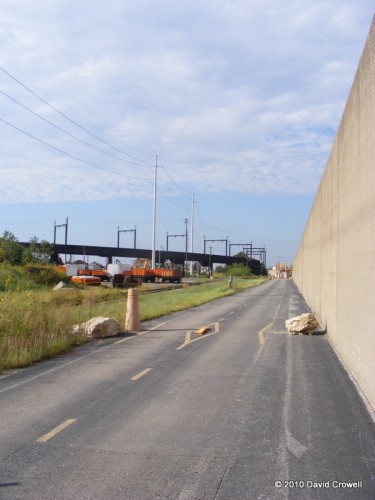 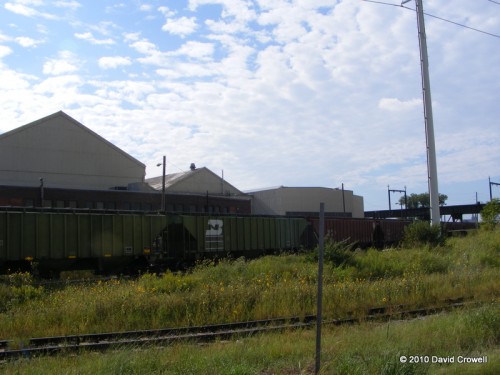 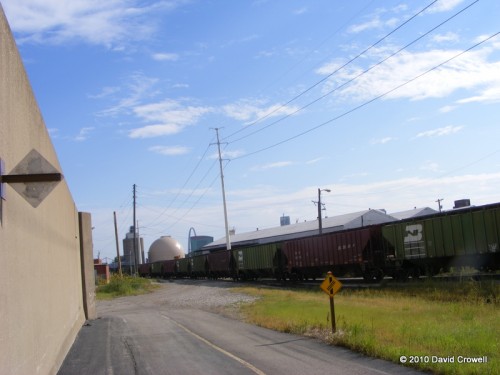 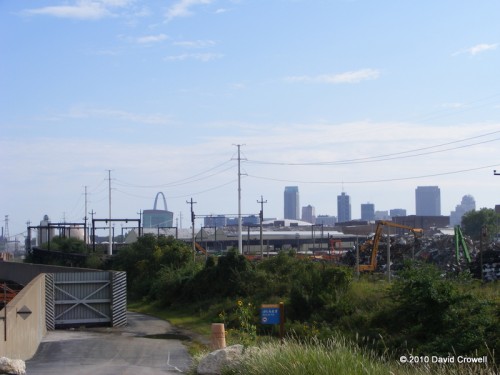 I’m assuming this was salt storage, but it could be something worse. 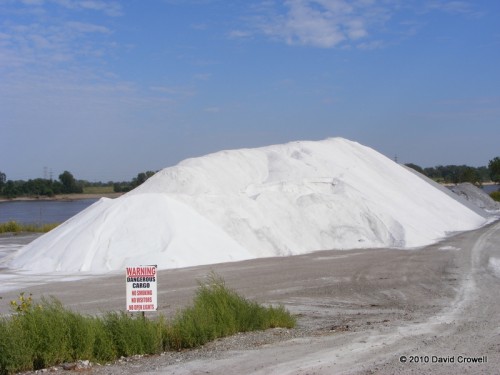 I have no idea what this stuff is, but I hope that runoff from it isn’t a problem. 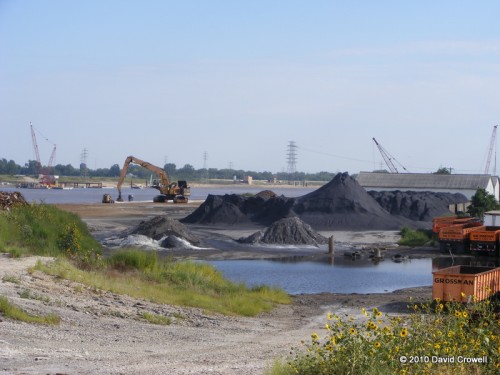 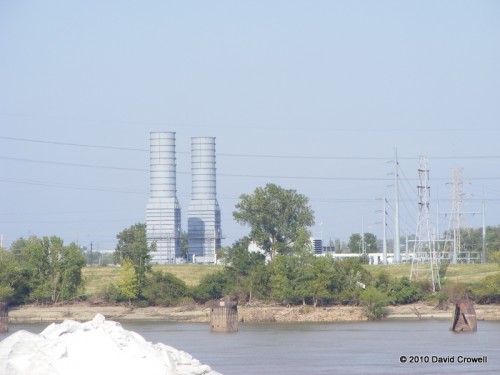 There was a neat church in the distance, beyond the trainyard and industrial areas. 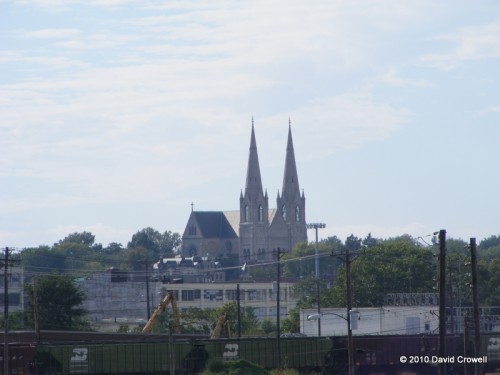 Here is some graffiti that I can agree with. 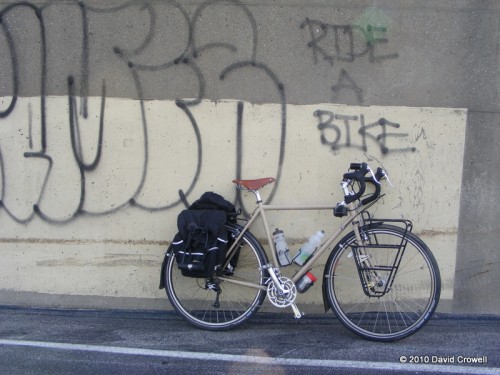 Sinkholes on the bike path? 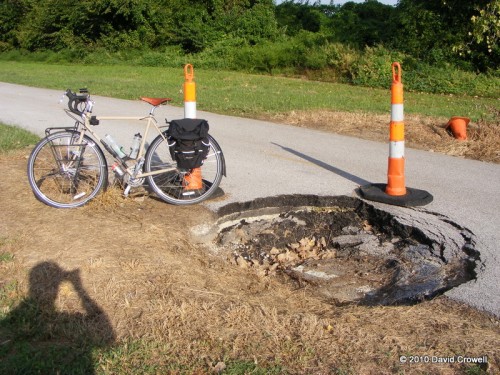 The Old Chain of Rocks Bridge.  Route 66 used to go over this bridge.  Now it a pedestrian/bike bridge. 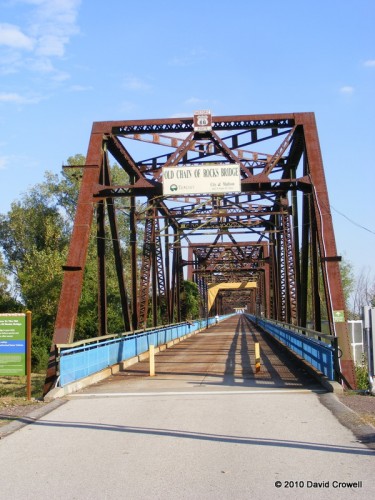 Looking back toward downtown from the bridge.  I was using a zoom lens. 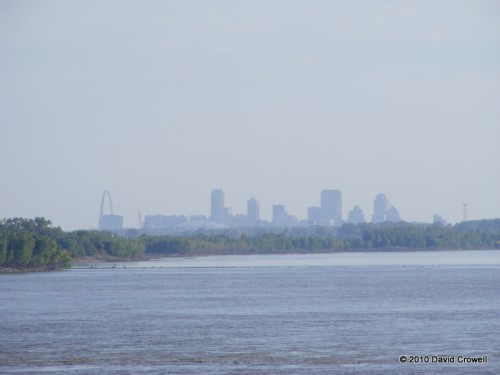 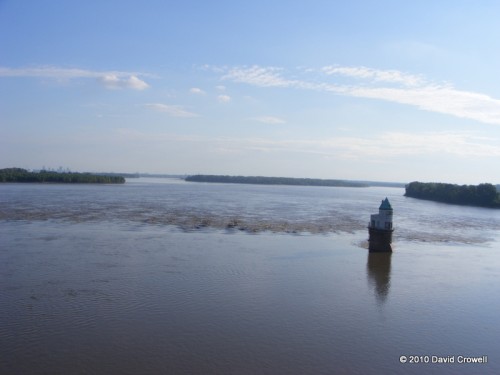 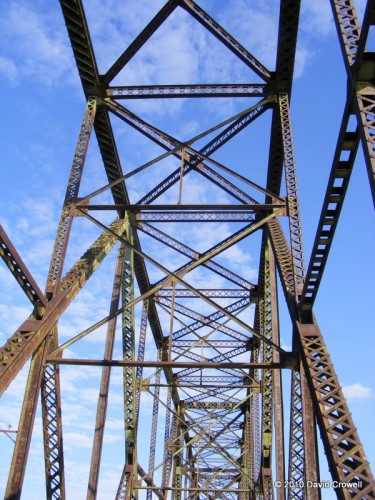 Once I got over to the Illinois side of the river, I rode some low-traffic roads before finding another bike path heading south. 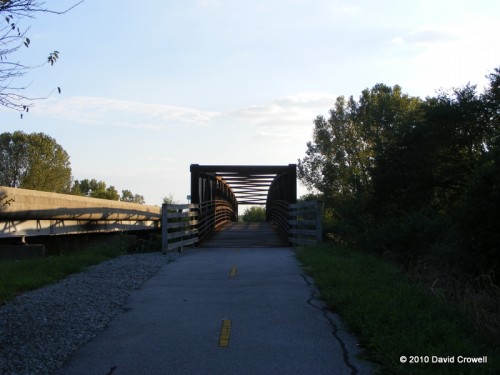 This bike path went under most streets, so there was no need to cross them. 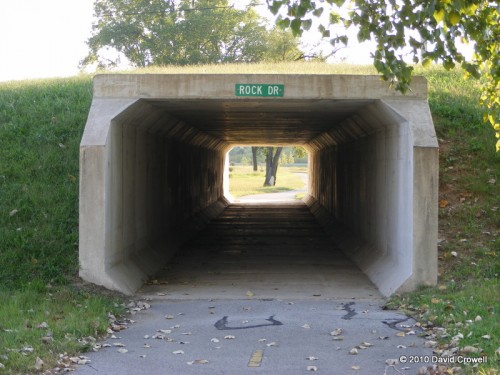 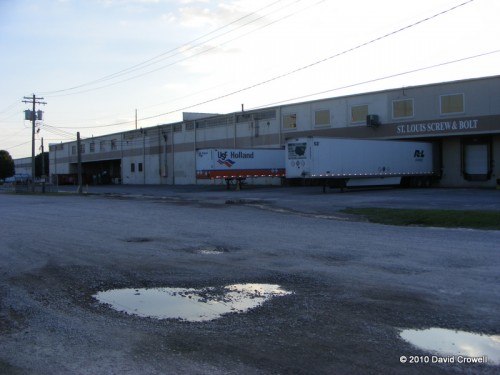 I don’t have pictures, but at the end of the industrial park, I was forced to ride on Highway 3.  It was not bike-friendly.  I took it a short distance to the McKinley Bridge.  The bridge has a ped/bike lane on the south side, but I was on the north side, heading west.  I didn’t see how to approach the bridge from the other side, so I just took the lane until reaching the spot where the bridge widens.  I then crossed over the barriers to the not-yet-open ped/bike path on the north side.  The picture below is the end of the north-side bike/ped lane.  I then crossed both traffic lanes to get to the other side, and take a dedicated path back down to the Riverfront Trail. 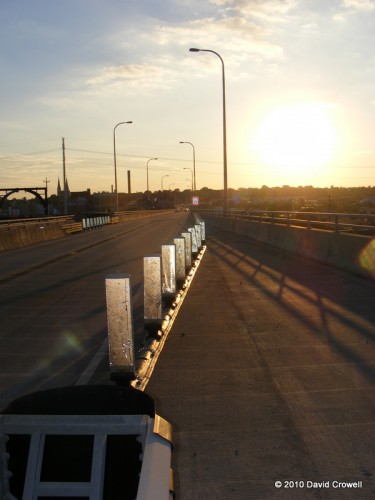 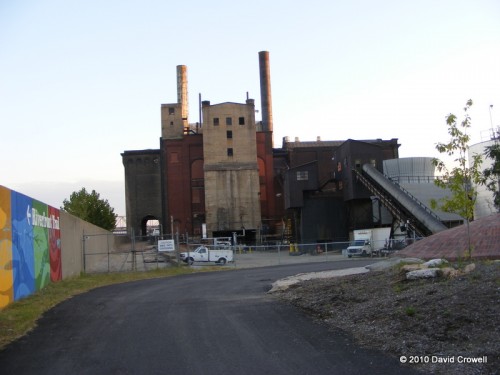 It was nice to be able to get some riding in while visiting a different city.  Riding in Saint Louis is much different than in Louisville.  I did spend some time on roads on both sides of the river and had no trouble with drivers.  The roads aren’t necessarily done well for cycling, and many of the bike paths don’t fully connect with one another.  Also, they are parks, and close at night, which makes them unsuitable for transportation.

One thought on “Saint Louis”