During the slower weightloss period I dropped about five pounds from March 2009 to July 2009.

From July 2009 to present I’ve actually had a small net gain.  I actually weight more today than I did in early March 2009. 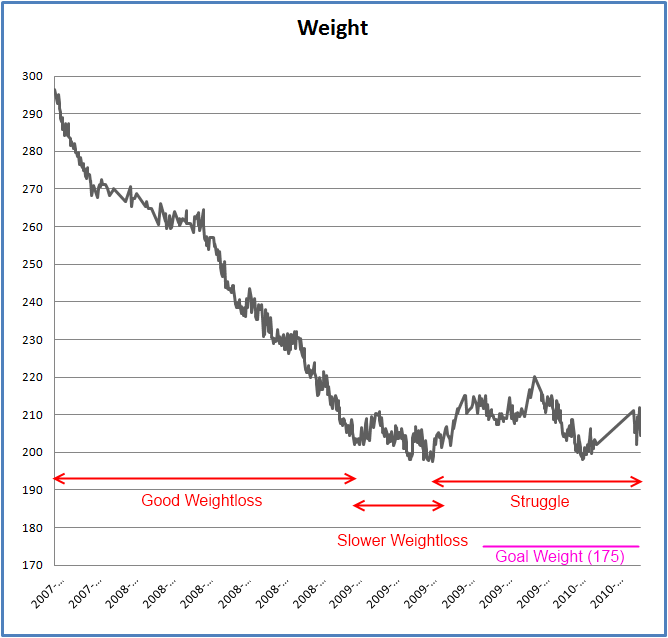 On the bright side, I think my body fat percentage is a little lower than it was in March 2009.  I have been riding the bike a lot more.  I’ve built a lot of muscle.  I’m on track to have over 5000 miles on the bike this calendar year.

Also being fit (which I feel I am) at any weight is healthier than not being fit at the same weight.  My quality of life has improved greatly.

I just need to keep working to eat better, as my natural inclination is to binge on things I shouldn’t.