I can now say I’ve ridden a century (100 miles).  Michael and I rode the Siberian Summer Bicycle Tour yesterday.  They had several route options of different lengths, but we opted for the longest one.  The ride took us along some very scenic areas on mostly low-traffic roads through Perry County Indiana.

This ride did not have a mass start, but instead, registration began at 7:00, and you could leave when you were ready.  Michael and I left around 7:30.  There were some others that got an early start at about 6:30.  I was told only eight riders opted for the 100-mile route.

This was only Michael’s second century, but this one was hill.  His first was flat, so the ride was a challenge for both of us. 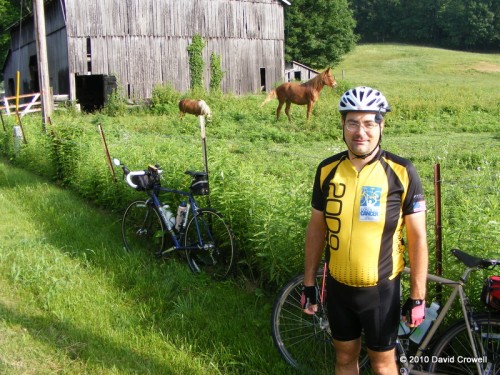 Michael and I are not fast riders.  There were probably plenty of other slow riders, but they didn’t choose the 100-mile route.  Luckily, the rest areas remained open until we passed through them.  It was a hot day, and we needed to refill our water bottles often. 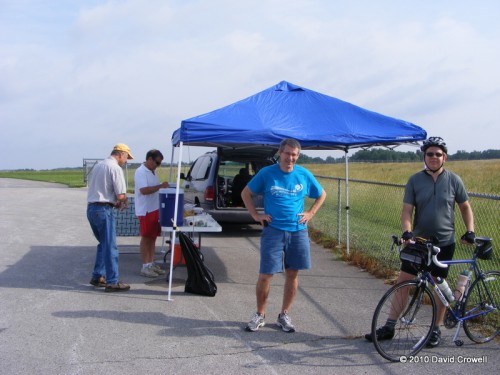 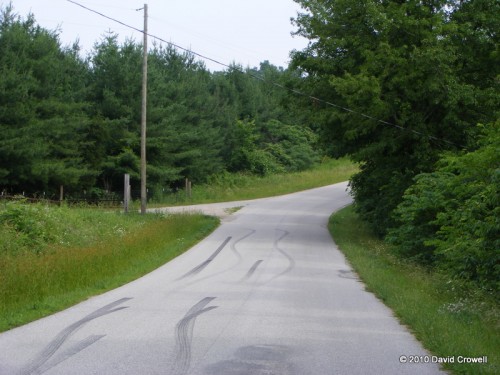 We rode past Saddle Lake in Hoosier National Forest.  I was tempted at that point to jump in for a quick swim. 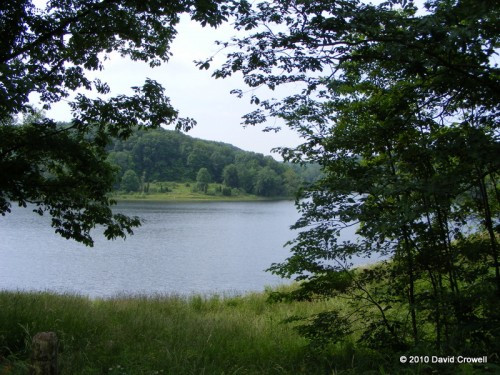 There was definitely some climbing involved but it usually led to a nice view. 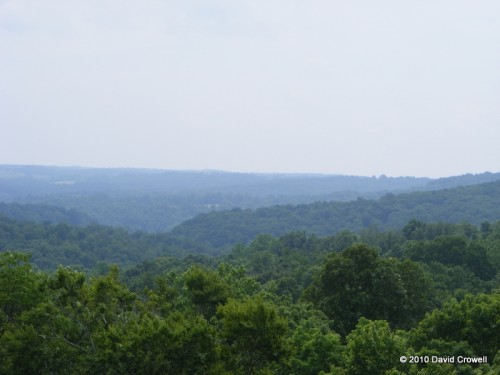 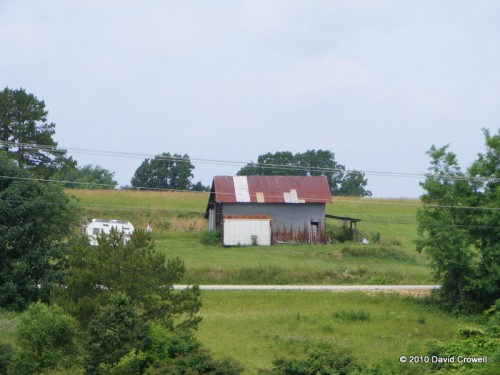 I could have used a Double Cola about then. 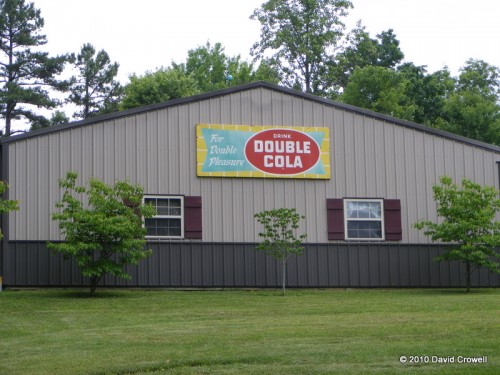 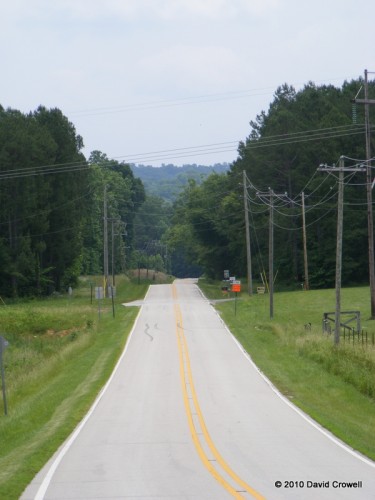 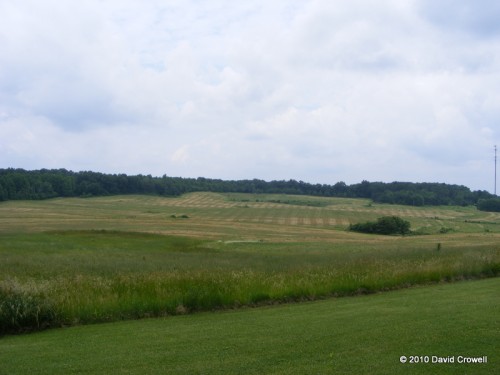 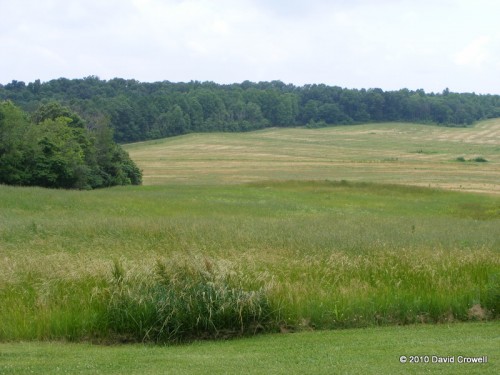 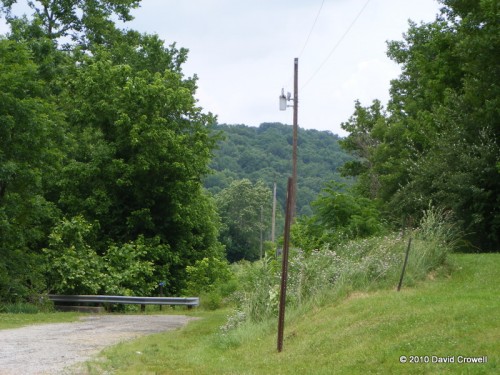 You have to love a place called Possum Junction.  Too bad they were closed. 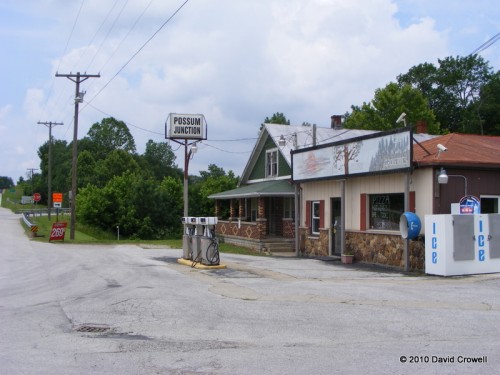 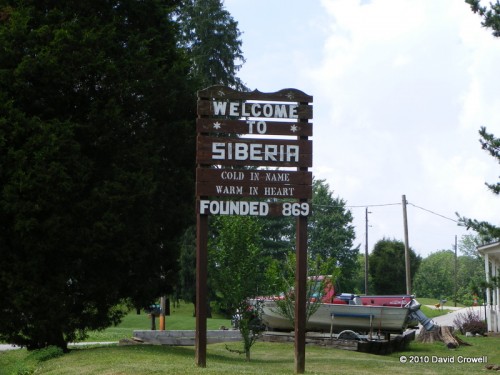 We saw several of these mini oil rigs 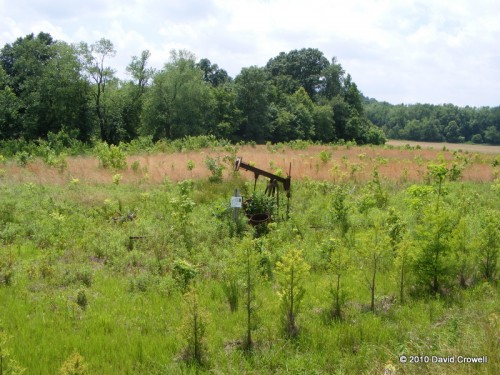 This reminded me of the Windows XP “Bliss” wallpaper 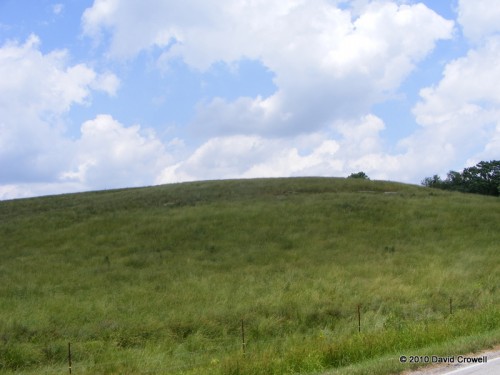 This was in St. Meinrad. 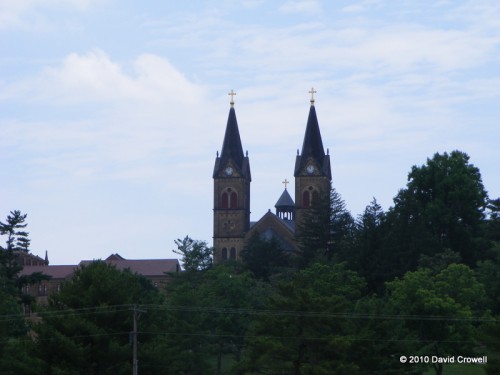 This is the covered bridge on Huffman Hill Road.  It’s no longer open, but is the site of a small park. 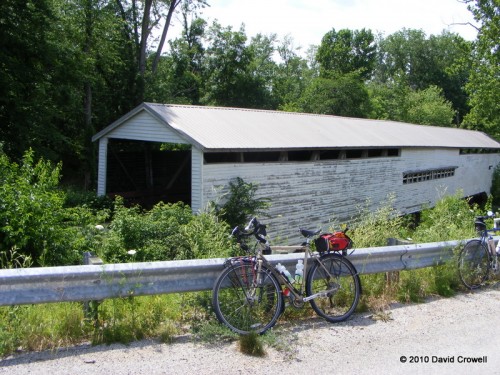 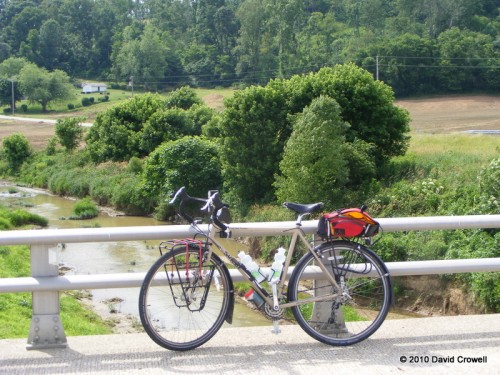 Michael and I were just about done with the ride at this point.  We were happy, but glad to be near the end. It’s a good thing it’s not a race.  We were the last two to finish the ride. 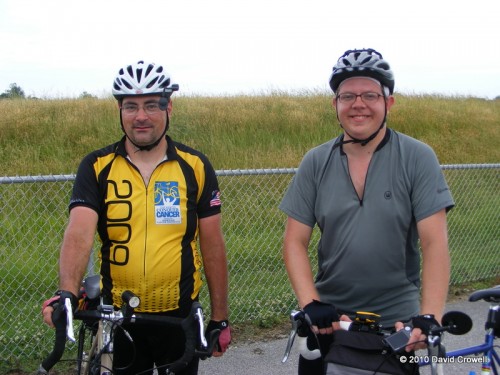 I think I recreated the route here. I may have taken a couple of wrong turns though.

9 thoughts on “My First Century”