The RCCS had an 80-mile ride today, which would have been a new mileage record for me by itself, but I tried to take things even farther. I decided to ride the 20 miles to the ride, and the 20 miles back, for a total of 120 miles for the day. It didn’t quite work out that way.

The ride to Louisville started at 4:00 a.m. and was very peaceful. There is so little traffic anywhere at that time on a Saturday morning. Riding down Bardstown Rd. at about 5:30 was a completely different experience than it would be a few hours later.

I arrived at the ride start and met up with Leslie (from the last ride), Glen, and Tim. It was still dark and rather cool at 6:00 a.m. when we headed out. I was still feeling strong at this point even though I had put 20 miles in getting there.

I was riding Oria, my recumbent, and had an issue with the chain coming off and getting wedged between the small chain ring and the frame. I had to remove the chain ring to “unstick” it, then put the chain ring back on. This took up some of our time.

Along the route there was a road about a road closure, but we were on bikes, certainly it would be passable. It wasn’t, not even on foot. So we turned around and took an alternate route.

There was some climbing involved and I had packed a bit too much on my bike, the extra weight was hurting me on the climbs. As the ride went on, I was getting slower.

At some point it was decided to cut the ride a bit short. It turned out to be closer to 68 miles than 80. That was fine. It put me over 88 for the day, and I still had another 20 miles to get home. I was worrying about the ride home. I was considering riding to work and sleeping in my office first.

Tim offered to take me home, and I gratefully accepted. So my total mileage for the ride was 88.5, which is a new record for me. Next time I try to break 100 miles I’ll carry less weight on my bike. 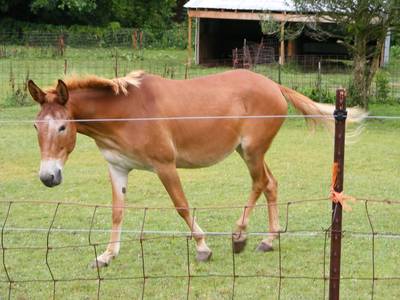 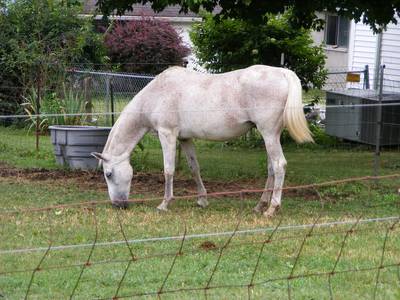 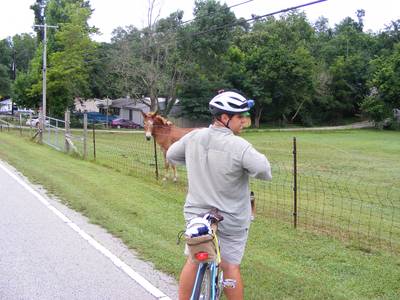 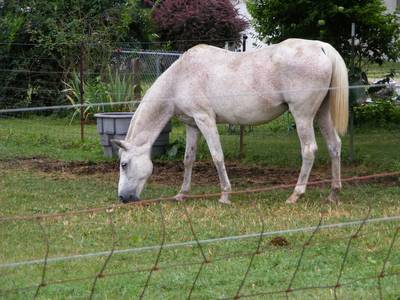 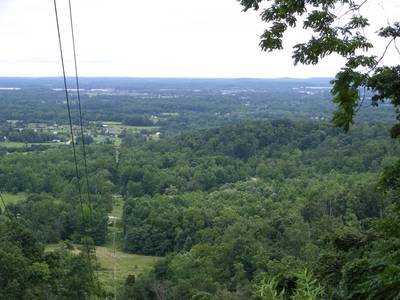