I had initially planned to participate in the Memorial Day Hike and Bike in Louisville.  Then I changed my plans to go fishing with Kris.  When I woke this morning it was raining, and I changed my plan again to take a ride with Tim.

When I ride with Tim, I rarely know where I’m at, or where I’m going.  he knows many parts of Louisville very well, so I just follow him.  We had a nice 33-mile ride with some hills thrown in for fun.

I had a flat along the way, but I was carrying the necessary stuff to fix it.

At one point we saw three deer in someone’s front yard, but unfortunately neither of us brought a camera.

Tim had a “garbage bike” he rescued some time ago, but hadn’t worked on much.  I was looking at it after returning to his house, and he told me I could have it.

It’s an AMF Pacemaker.  I assume it’s a low-quality bike, but it might be a fun little project.

I’m thinking about replacing the one-piece cranks with a modern bottom bracket setup (with an adapter).  I haven’t decided to make it a 1×9 with derailleur or a 3, 7, or 8 speed IGH.

I think the wheels are not worth saving, so not much of the current bike will be used.  Unless I find problems, I’ll just use the frame, fork, and handlebars.

On the other hand, a cheap way to get it rideable would be new tires, tubes, cables, saddle, and brake pads.  Then clean and lube everything. 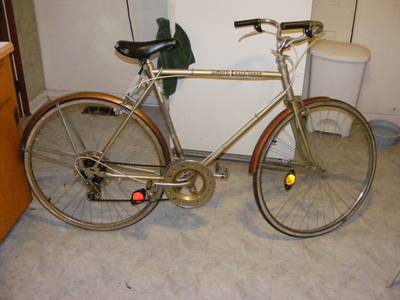 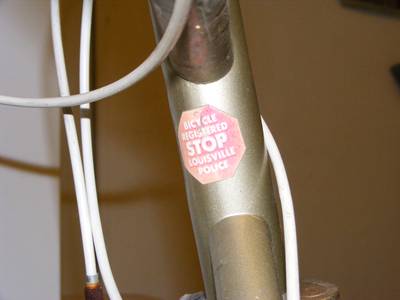 2 thoughts on “Memorial Day Ride and a New Project”