My boss, Kris, has some interest in bicycling, but has shown reluctance to ride in traffic.  He has a bike, but it doesn’t fit him properly.  It does work for tooling around the neighborhood with his children.

I convinced him to meet me a short distance from work, and we would ride about a 3.5 mile round-trip for our first bicycle commute.  The route would take him across the Second Street Bridge, and down Main Street.

He rode Nermal, I rode Oria.  It was a beautiful day, and there were plenty of other bicyclists out.  There were no major incidents with traffic, but he got a taste of what it’s like.  I think he is less intimidated by the bridge now.  I’ll talk to him about doing this more, from a little further out.  I think he could handle the 7-mile round-trip parking location without an issue. 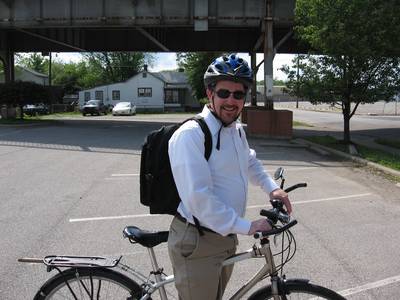 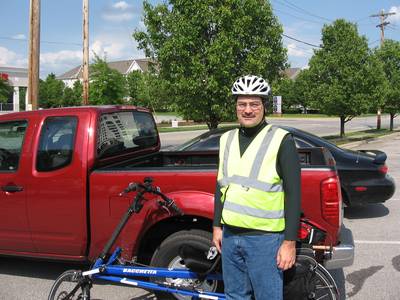 3 thoughts on “Bike Commuting with the Boss”