I went on a 20 mile ride today on Nermal, the hybrid.  I really like the bike now that it’s got a new saddle and pedals.  I’ve had Nermal longer, but he only has 613 miles on him.  The recumbent has 1525.  This week, I rode Nermal for 51 miles.  Although I’ve done more than that on the recumbent it’s the most I’ve done on Nermal.

I usually plan a route in advance.  I couldn’t decide how long of a ride I wanted today, so I just went out the door without a plan.

The weather was much cooler than yesterday, but still quite nice.  I wore two base layers on the bottom, one on the top, a light jacket, beanie, wool socks, and light gloves.  I was plenty warm until late in the ride when the sun was getting low in the sky.

I started out going down Highway 62, as if I were commuting to work. 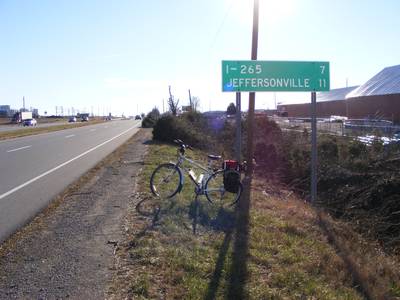 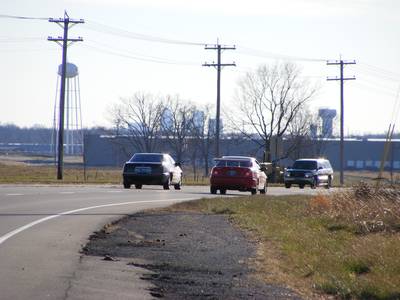 I continued toward Jeffersonville for a while, stopped at a convenience store for a break, then headed back toward Charlestown.

I wasn’t ready to go back yet, so I turned west on Salem-Noble Road.  I then took High Jackson Road back toward Charlestown.  I grabbed a couple of pictures along the way. 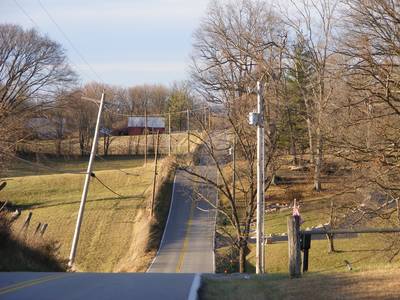 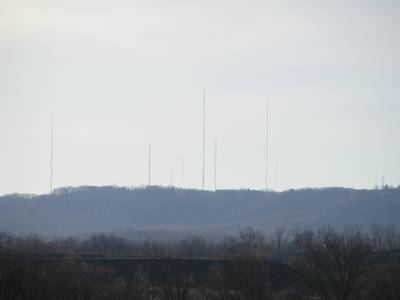 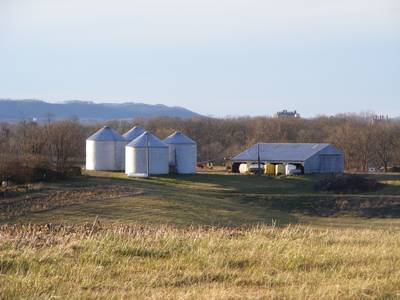 This route has a lot less traffic than 62, and more hills.  It also has water.  I managed to grab one picture of a small plane flying around.  Was he training or just enjoying the scenery from up high? 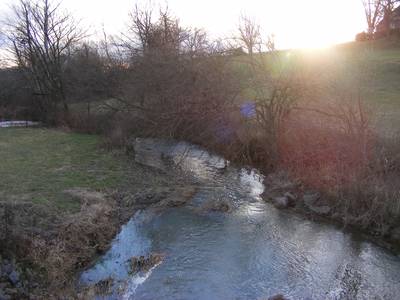 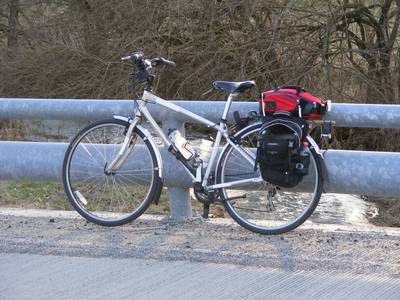 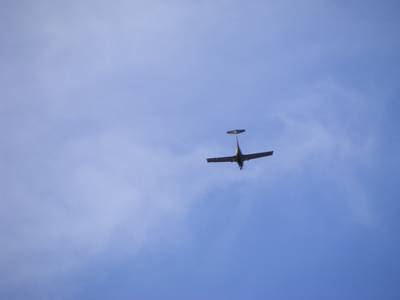 Along High Jackson Road there is a small derelict cemetery with a rock wall.  Pretty interesting to look at. 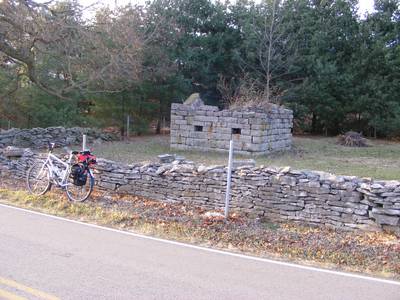 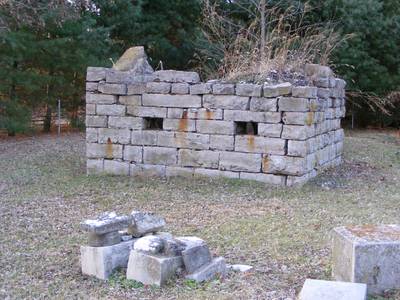 4 thoughts on “Another Ride on Nermal”